COFFEE | THE THIRTIETH ANNIVERSARY OF LA CUPOLA BY ALDO ROSSI

COFFEE | THE THIRTIETH ANNIVERSARY OF LA CUPOLA BY ALDO ROSSI

“[…] It’s possible there are better things than coffee; however, we love it for itself, for its history, its tradition. It’s an habit.” Aldo Rossi

It couldn’t be nothing but a creation of an Italian architect. The percolator “La Cupola”, designed by Aldo Rossi is symbol of an historical Italian habit: “drinking coffee” is indeed the gesture that puts in touch a population spreaded all along the surface of the country. Then, reflecting on the instrument, that make this possible, is a noble and relevant action. 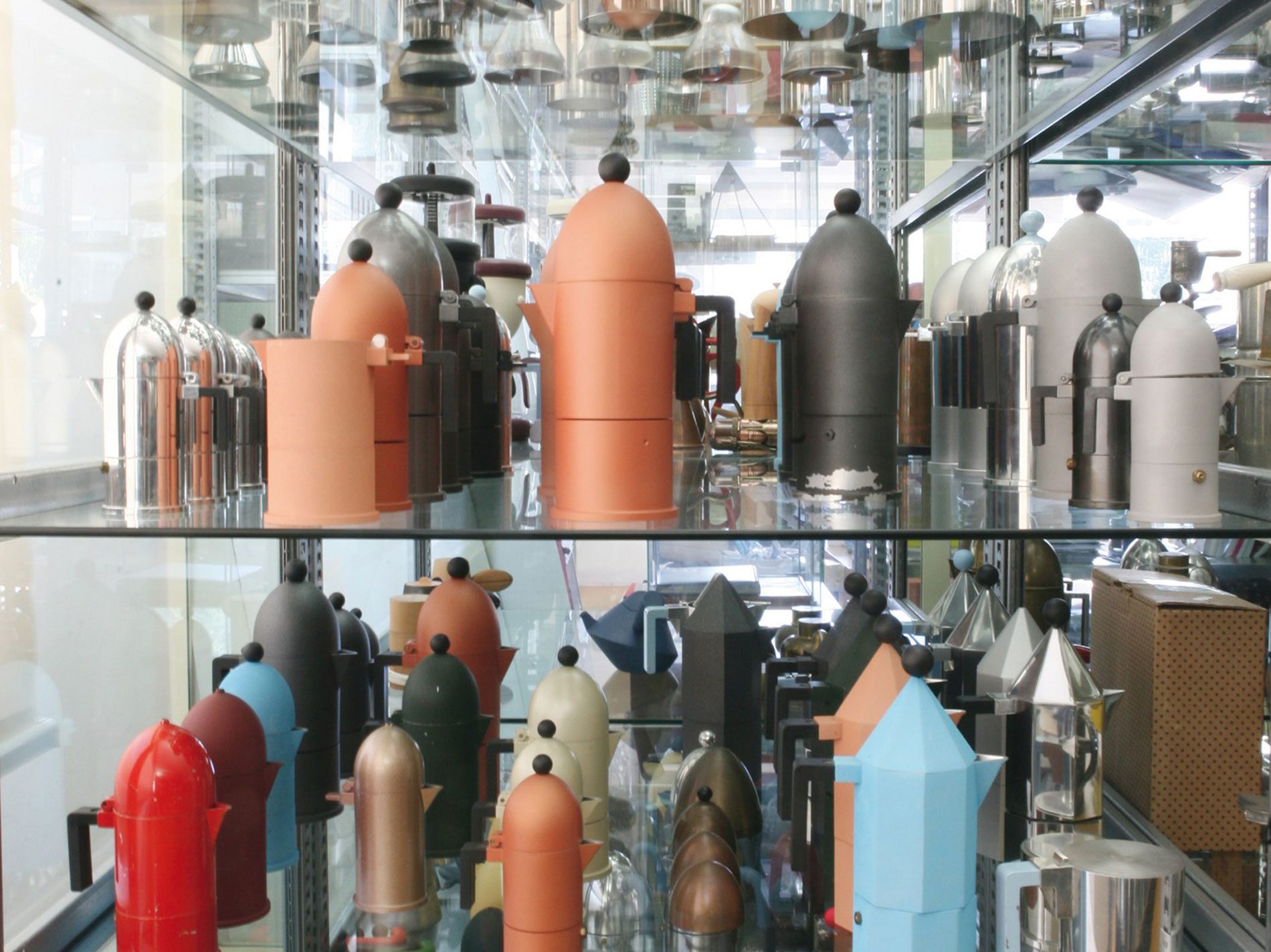 In 1979 Alessandro Mendini promotes, together with the new born Officina Alessi, an initiative addressed to world-wide known architects for the creation of a tea and coffee set. The project is called “Tea&Coffee Piazza” and Aldo Rossi participates with a particular project; the shapes of the single objects look like the towers of a temple, it seems then he wanted to reproduce a domestic tabernacle. 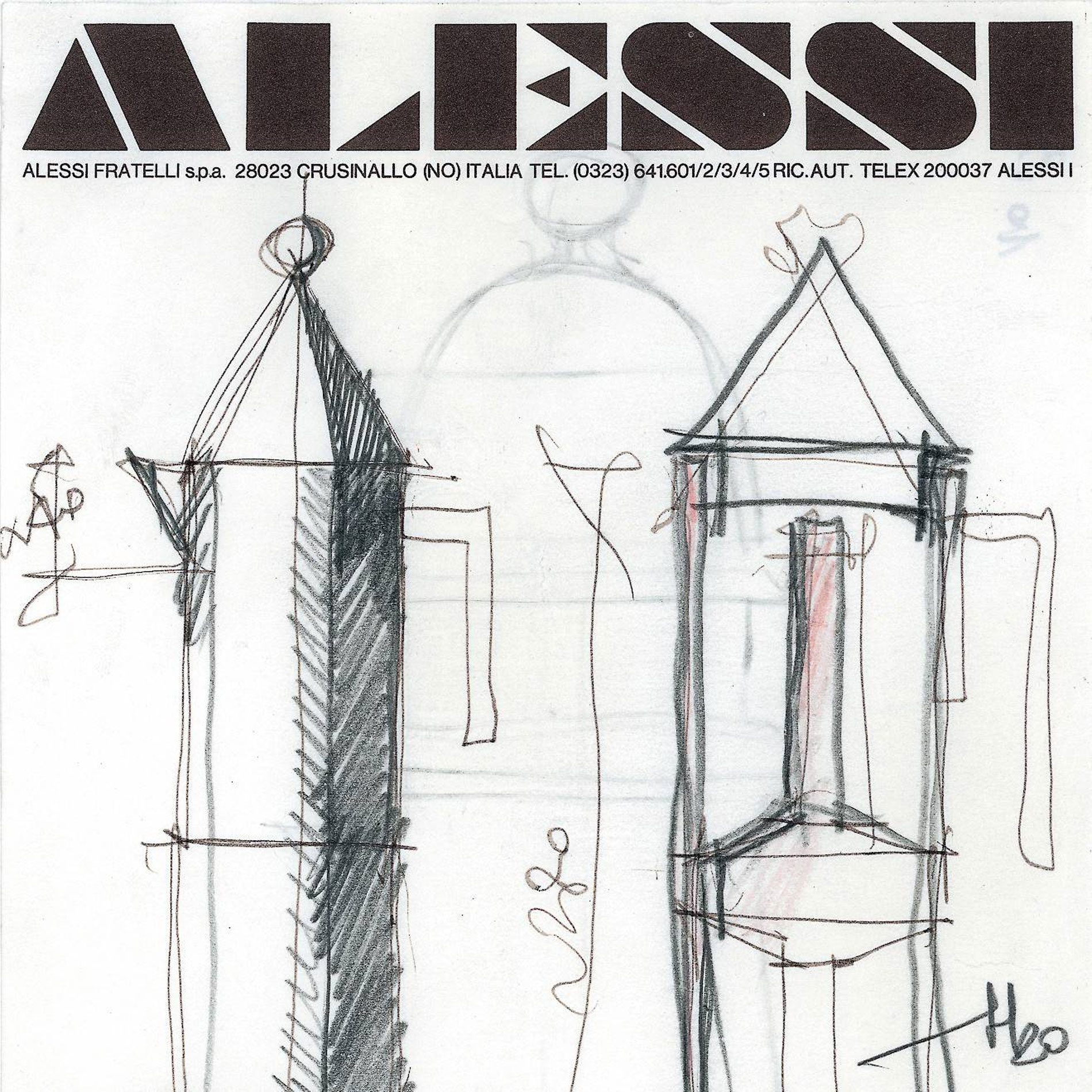 Among the others, there is La Conica, forefather of La Cupola. The definition “Conica” comes from the shape ot its lit, the simple geometrical figure born form the rotation of a rectangle triangle around its cathetus”; the base instead keeps its cilindric shape.

However, the name reminds of other meanings. In fact the term “laconica” comes from Laconia, the name associated to spartans who spoke with a very fastened and tightened accent, called “laconic”, indeed. 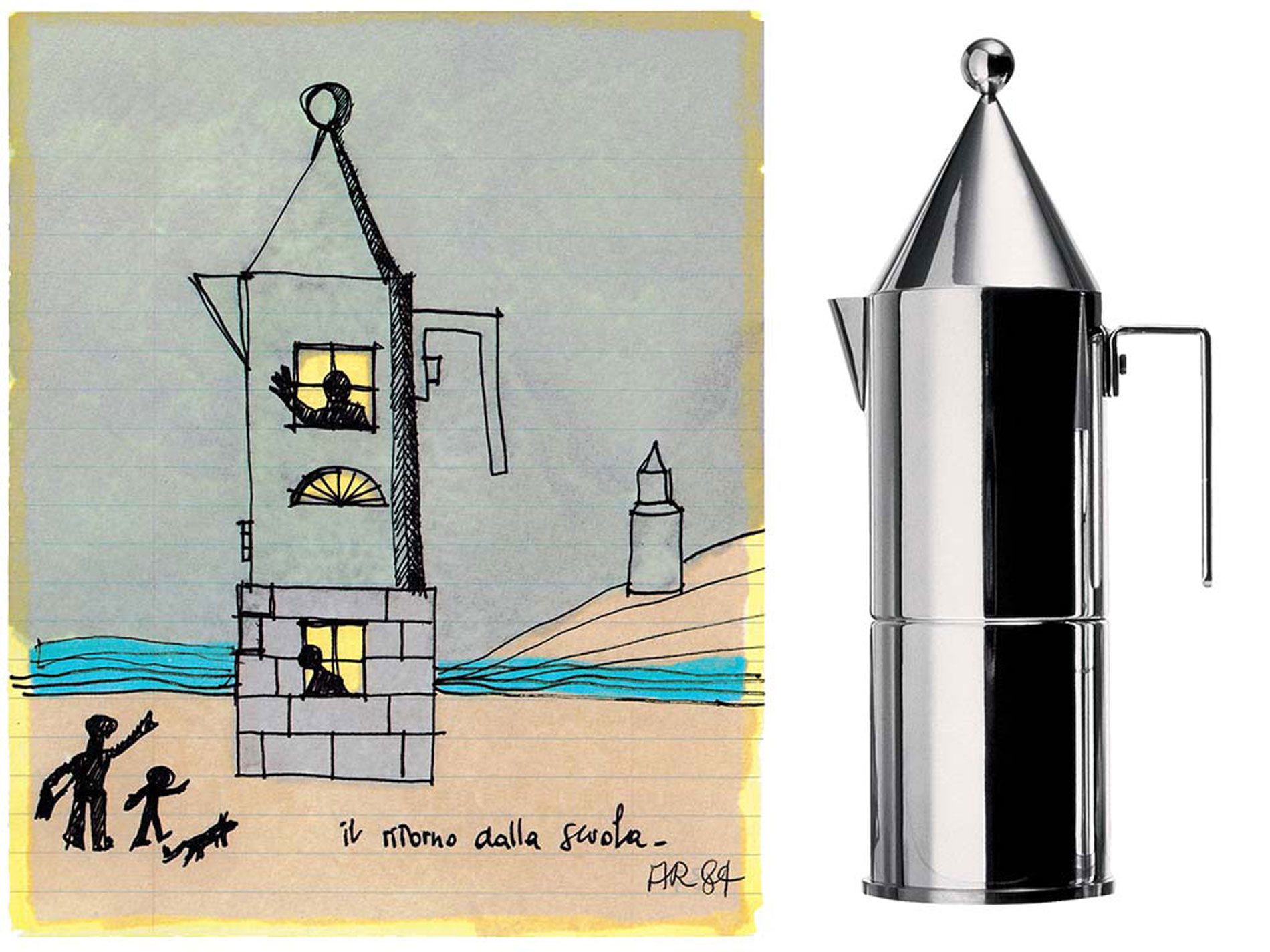 La Cupola is then the evolution of a project started with La Conica. In 1988 the percolator changed shape from a sharp lit to a smoothed one, inspired to the dome of Novara’s Saint Gaudenzio, designed by Alessandro Antonelli. Aldo Rossi’s creation then takes after the typical shapes of his architecture, but keeping the small scale.

Alessi celebrates this year the thirtieth anniversary of its creation with Alberto Alessi’s words: “La Cupola is the answer to the classic “moka”, but also the effort of making the dream of “a caffettiera for everyone” real” – ” I consider this one, together with 9090 model by Richard Sapper, the archetype of all our percolators”. 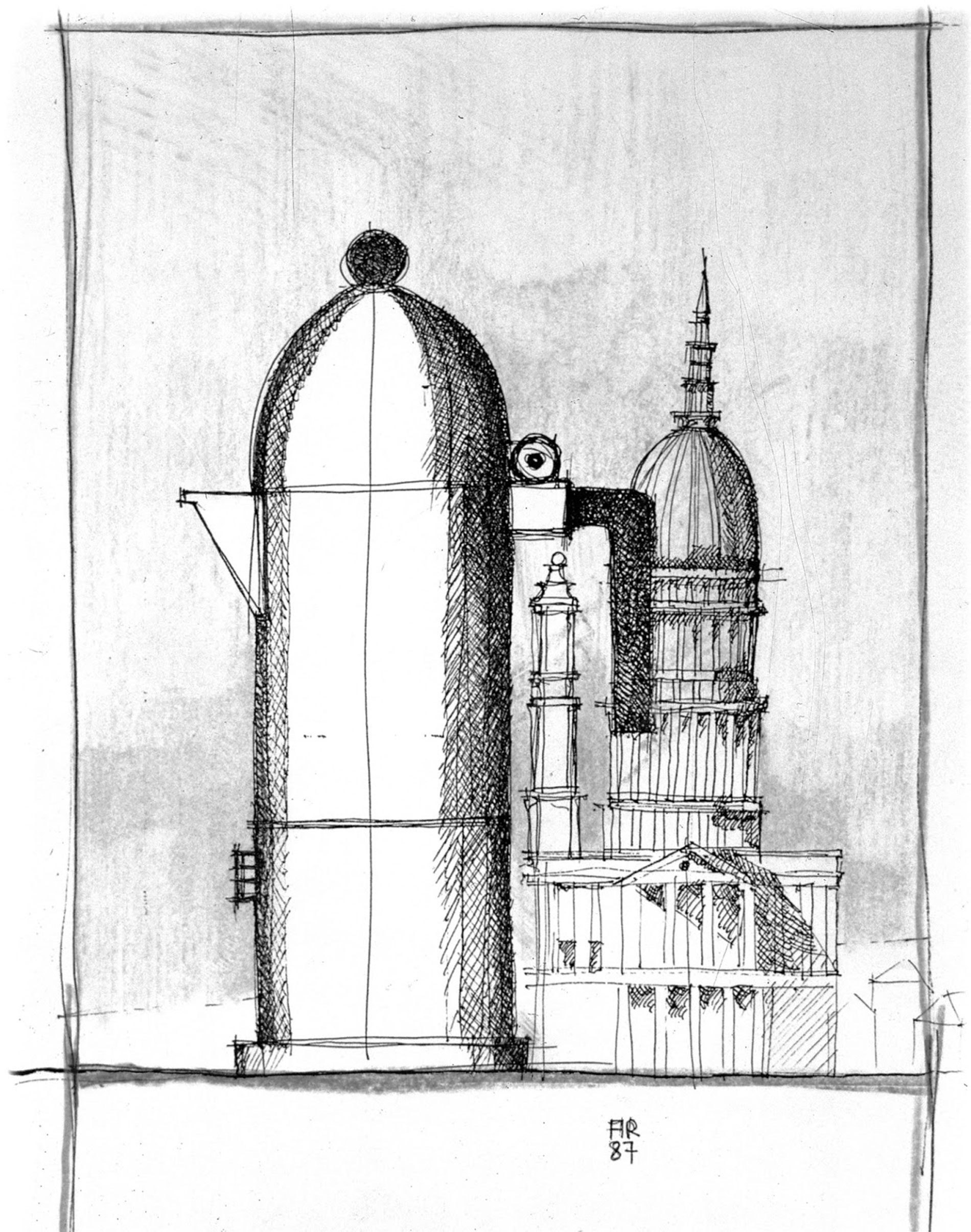 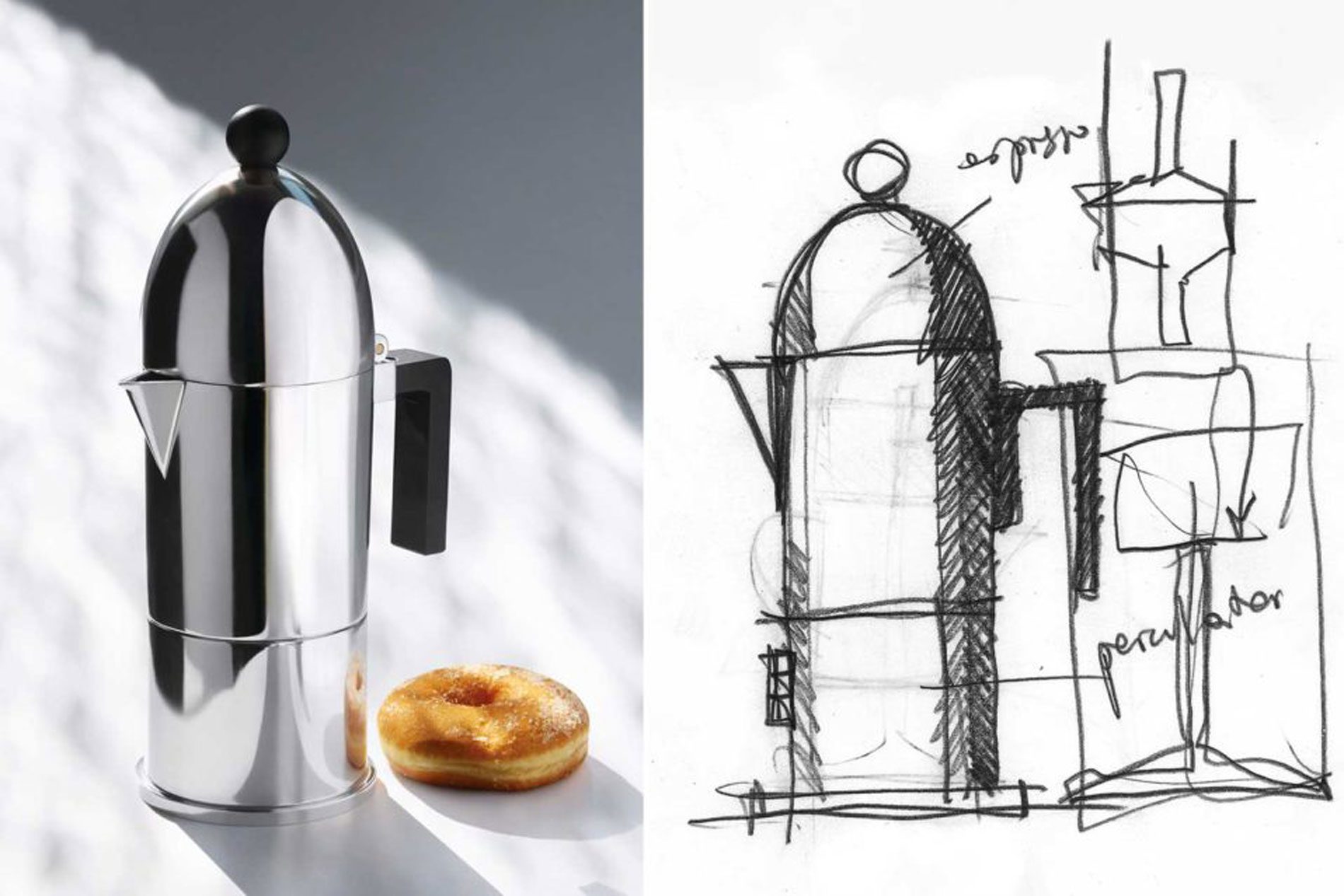