I’m always looking for new trends as far as interior design is concerned and whatever has to do with the theme “house”. Nowadays, for example, one of the most influent trends is to keep hidden some elements.

What does it mean “to hide”? It means “keeping away from the eyes” and choosing built-in solutions.

This is why more and more customers are looking for built-in hood or spotlights inside the ceiling. It’s an already widespread habit concerning the entire house as well as the bathroom; now we see how the first built-in showerheads were born.

It’s pretty easy to find them on sale, for example antoniolupi suggests some totally hidden to eyes.

Ghost | Vanished in the ceiling 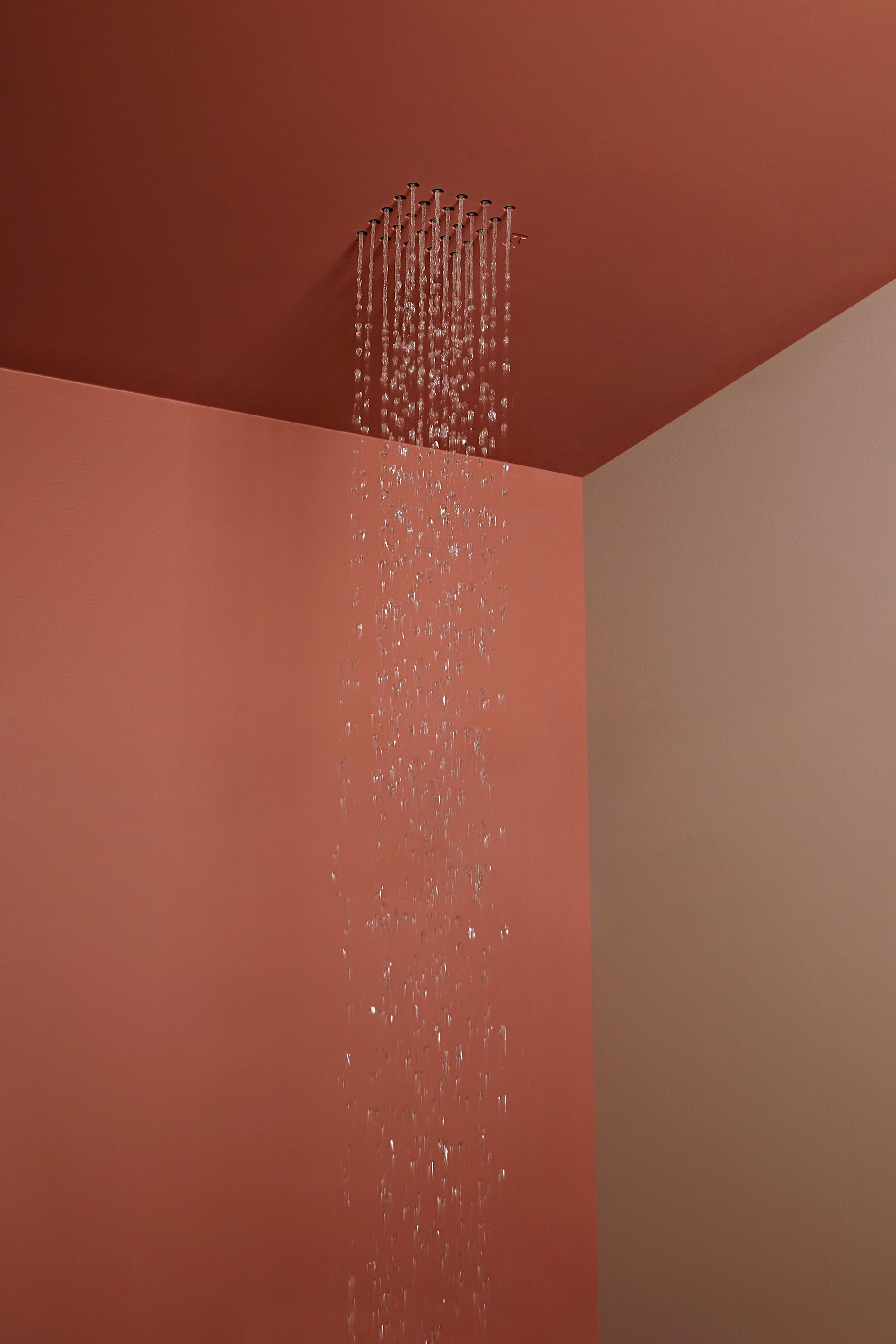 Some built-in showerheads are still visible because they are somehow added to the ceiling; however, this is not the case of Ghost.

It’s presence is just perceived: you can only see the water cast directly from the ceiling. While, when turned off, the only visible part are the little holes like they were a grill.

This is thanks to a plate in Flumood inside the ceiling, which is flattened to the level of the wall and then coulored of its same shade. That’s how it disappears form the eyes, perfectly assimilating with the ceiling.

If you want to know more about Flumood, have a look to the article about the COLOUR IN THE BATHROOM.

Last but not least, its maintenance is very easy, as every nozzle can be taken out, inspected and reinserted.

This special characteristic of unseen elements looks like more and more winning in the domestic spaces.

Meteo Out | The hollowed showerhead 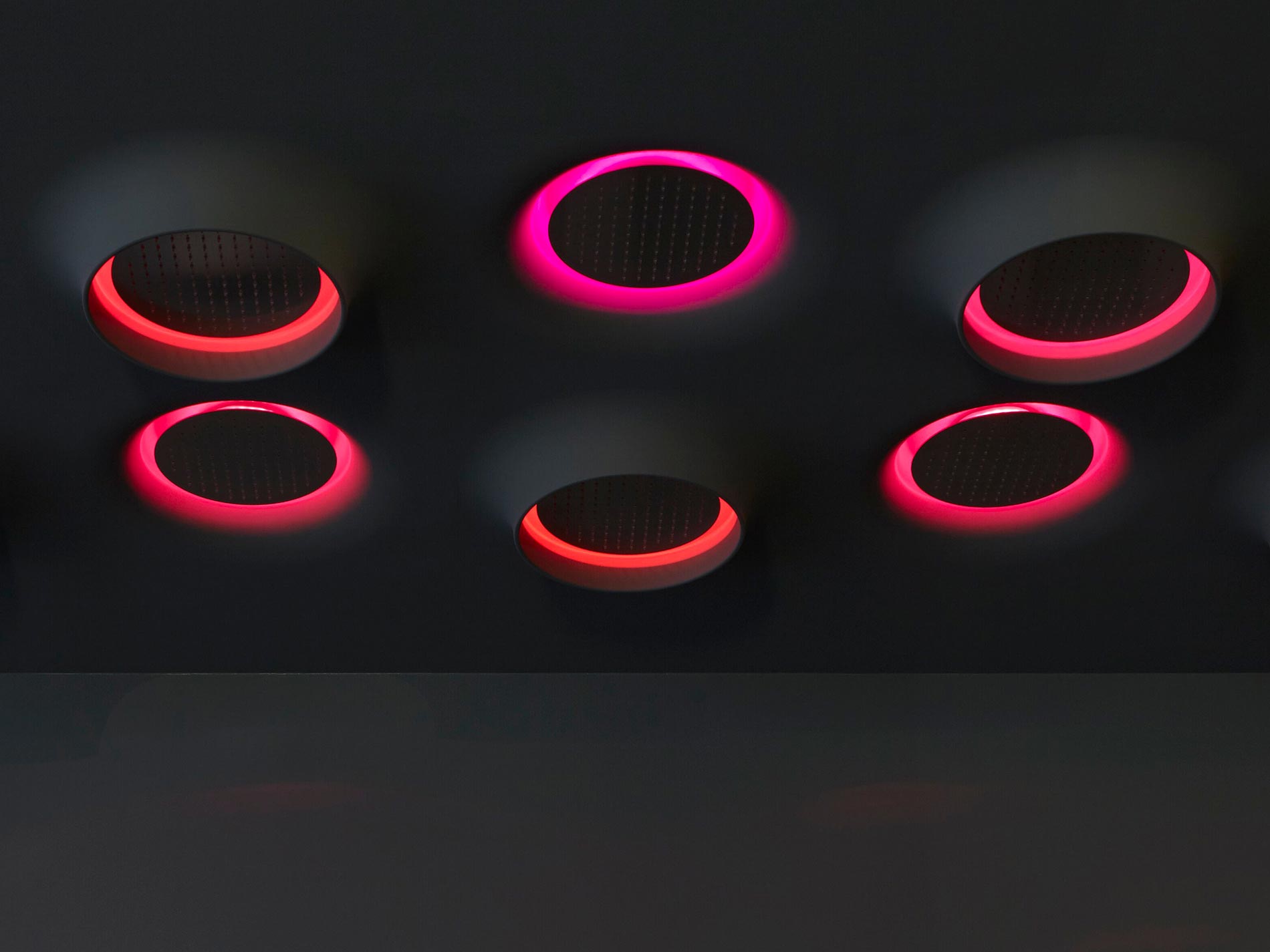 Like the series of the built-in showerhead, Meteo Out hides to the eye its functional elements, but the shape on the ceiling reveals its presence.

Water gets out following through the profile of the ceiling (antoniolupi calls it crater) and it seems to open like a ring to help the water to fall down.

Meteo Out not only is a showerhead, but also the perfect element for the chromotherapy that cuddle the user during the shower. 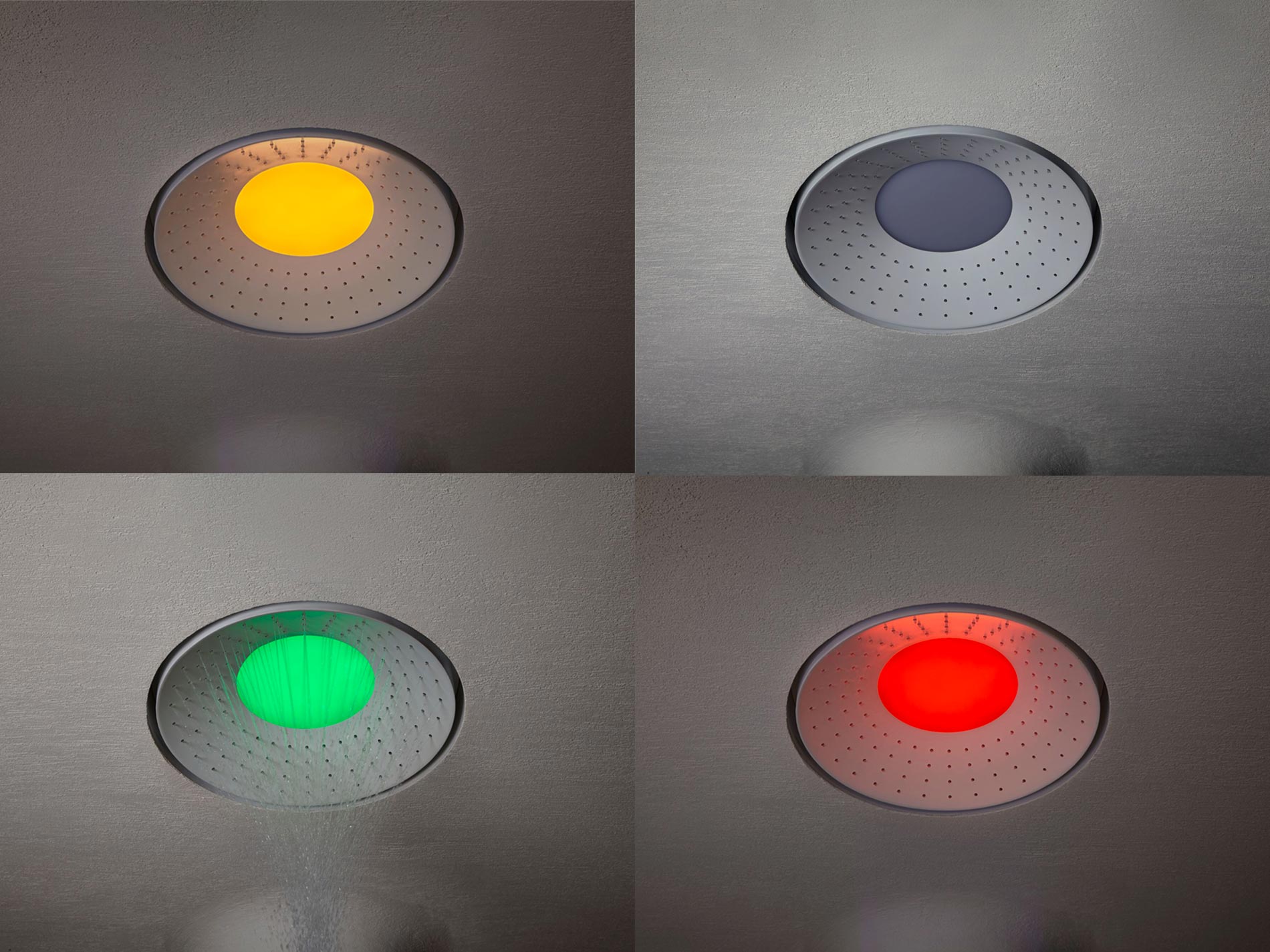 The antoniolupi’s attention for the chromotherapic built-in showerhead is not limited to Meteo Out, but it presents a wide high-tech series of shower elements.

One of these is Lumen, a recessed ring with an enlighted heart, which lights up who is under with a spray of colours, light and water.

The shower is not more a mechanical daily act, but it’s rather a moment of relax for yourself and your soul. 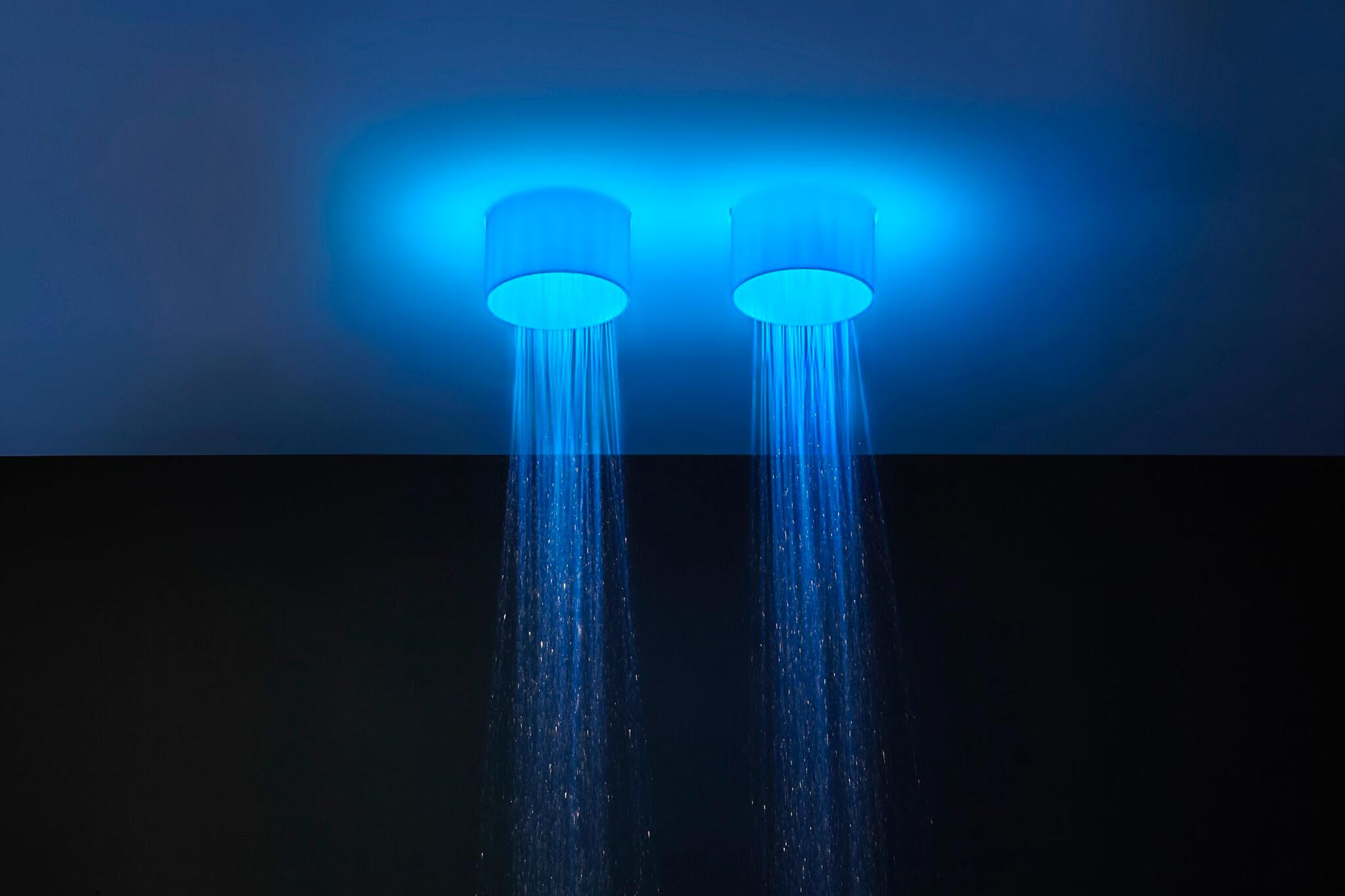 Chromotherapy looks like the key word for the showerhead Iride as well. Here, you can see its discreet presence, a conical protruding element made of plastic or glass. The inner led spotlight with rgb light mix with the jet and creates sinuous ray of light and water.

Iride is really a cone of wellness for the ritual of the shower.

In conclusion, the key words are to hide and to build in, namely, creating simple and clean surfaces where the technical and functional elements don’t interrupt the continuity of the walls. A movement which goes forward the dimension of aesthetic, visual and perceptual wellness.

This post was written in collaboration with antoniolupi. As usual the opinions are mine and the pictures are Davide Buscaglia’s. Hope you are willing to support the brands supporting my blog in turn