There’s an object that reminds of the summers in Provence, the woody cottages, lavender fields and bikes down to the beach. It’s the straw hat, traditionally used by the rural population, but become a common accessory since 19th century among men and women.

Actually, it is an accessory which can bring a wave of sun and holiday at home. Yes, you got it. Why not use it as an forniture?

It’s easy to bring some atmosphere from South of France. 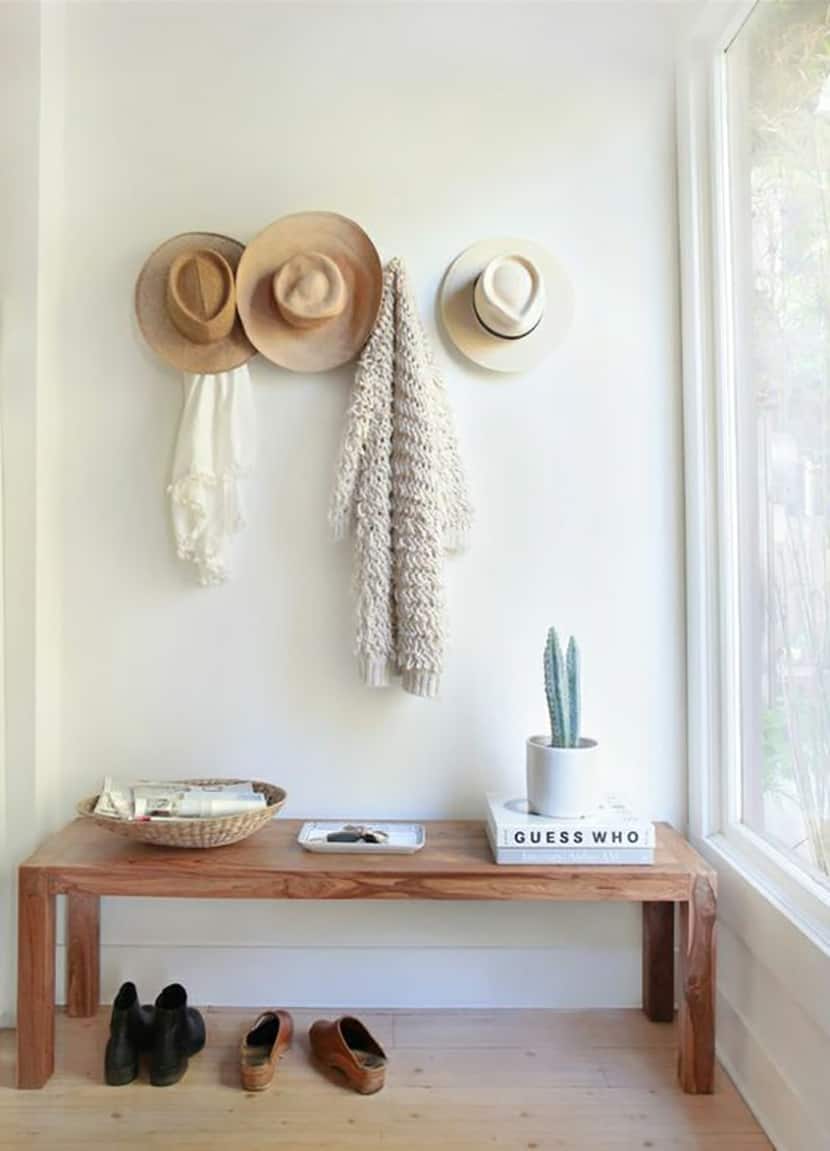 Imagine a wide white wall, natural colours all around. Then arrange the hats in an apparent casual way to decorate the empty space. I said “apparent”, because you should actually follow a certiain ratio; decide which way to follow, if horizontal or vertical, then organize the accessories. Try not to obsessively fill up every space. 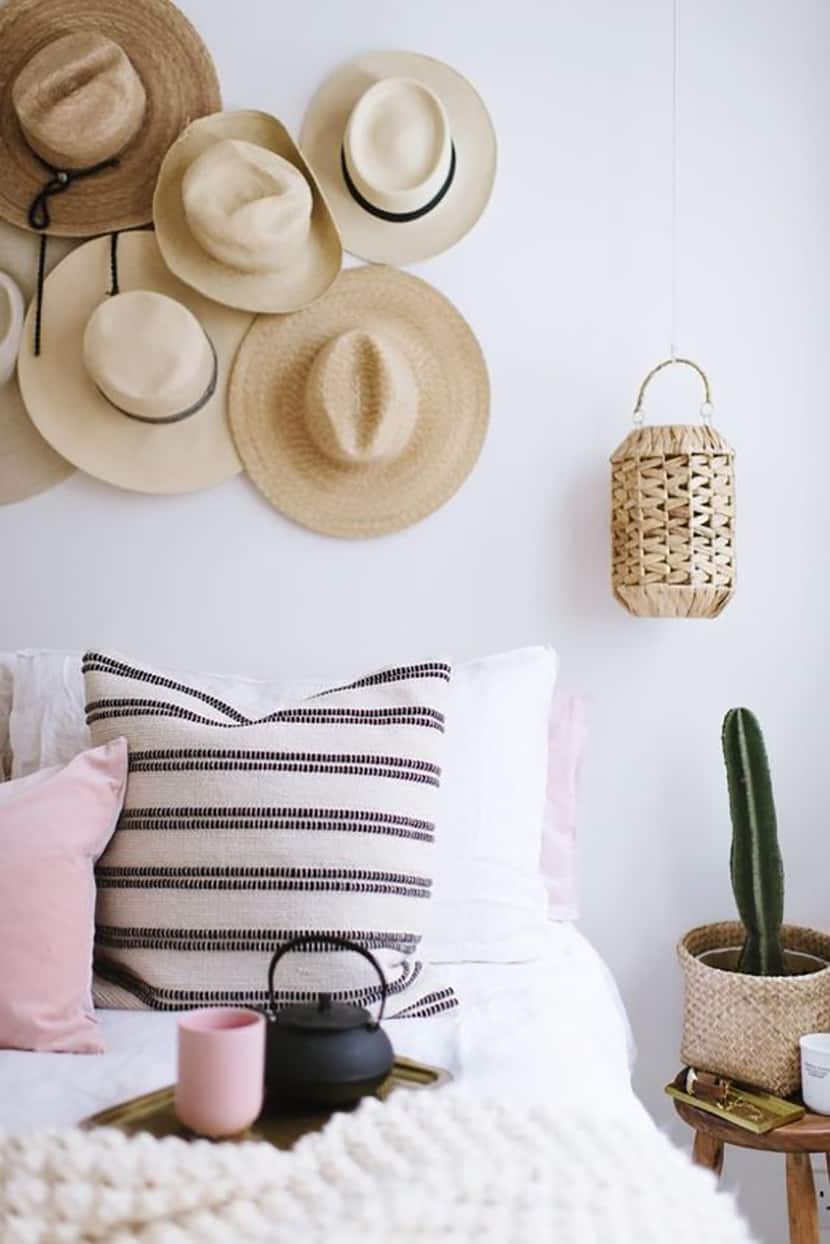 The most impactful solution, but also the most difficult to realize, is arranging the hats like they were a cloud. Put the brims one on another, interchange the colour so that it makes an evident decorative effect. Careful: it happens to obtain a chaotic effect; I suggest to follow the line of another forniture, like the headboard of the bed or the hanging pictures. 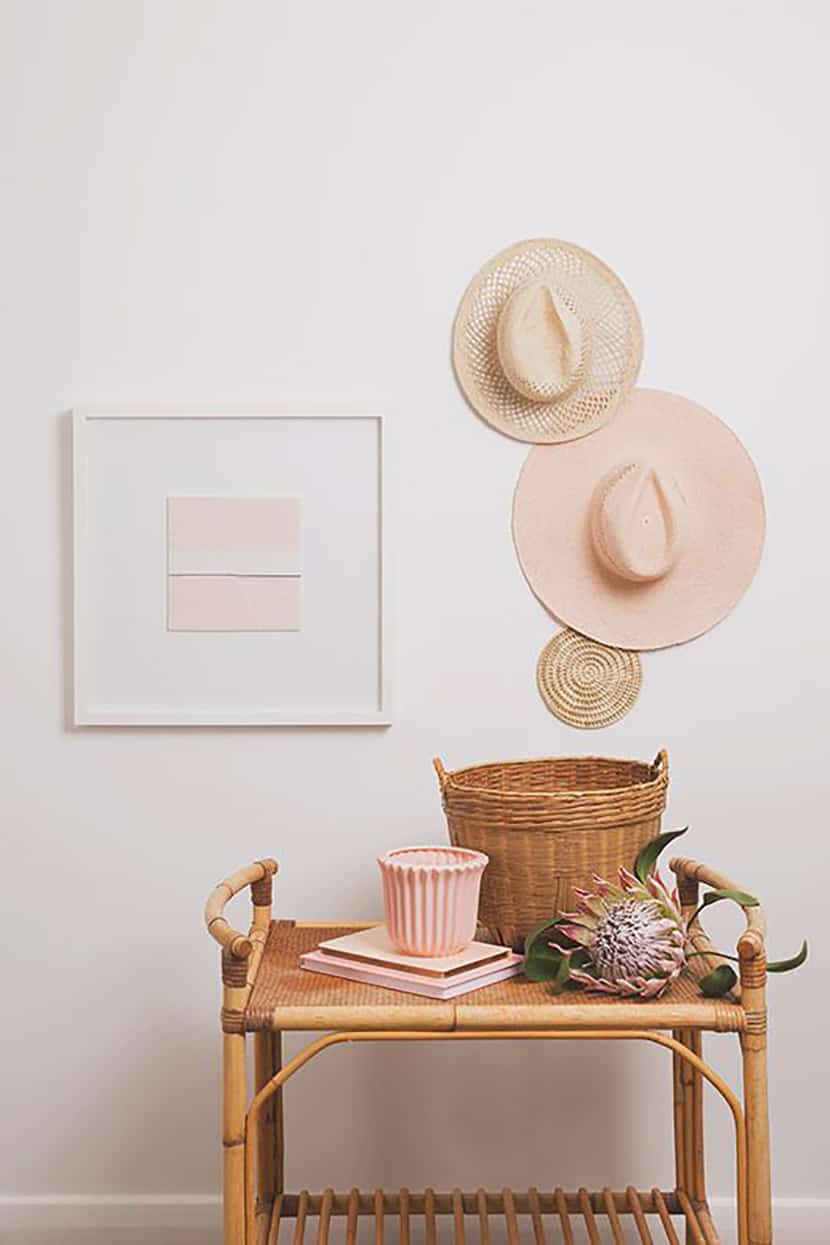 Another alternative is the horizontal line. The result is simple and minimal, but non less interesting. Hang the hats to a wire like they were pendants of a garland, or interchange them with bags and scarfs.

If, instead, your wall is long and narrow, you could arrange the hats in a vertical sense. Imagine a line of three hats, starting from the ceiling and a plant on the floor, to give movement! 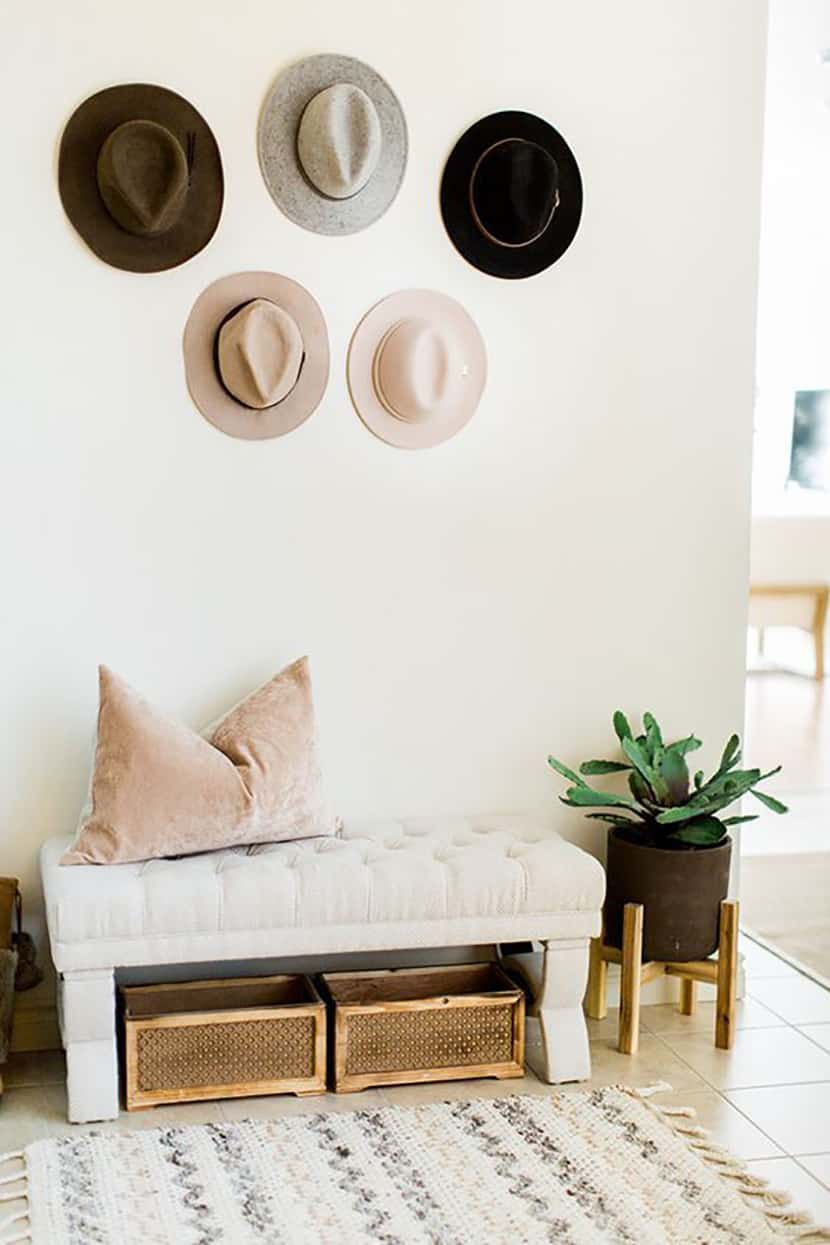 There’s no place more suitable than others. Of course, a wide wall is easier to fill, but a small one could be good as well.

Suppose to arrange a line along the headboard of your bed. Or in the entrance over a classic short table, or, in the end, to decorate those walls beside the stairs! 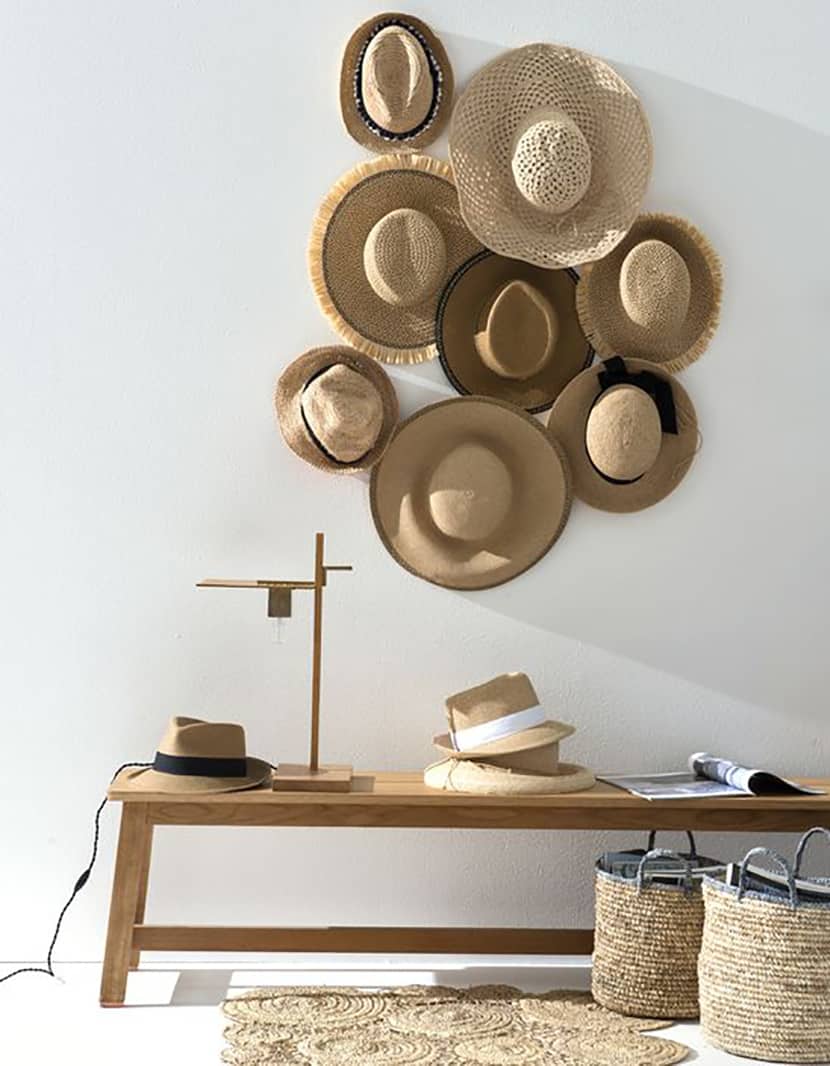 What about the colours?

As usual, the redundancy doesn’t work. Use neutral and natural colours. The sensation of of being at the seaside in Provence will be very easy to obtain! Whatsmore, I suggest using rough materials, like straw, rope-type, wood or osier.

Well, the South of France could be perceived with the eyes as well as the hands!