RADIOCUBO | THE 60S AND THE DESIGN

RADIOCUBO | THE 60S AND THE DESIGN

In the early 60s, Liverpool sang Love, love me do | You know I love you. Meanwhile, Andy Warhol, in his Factory of 231 East 47th street, realized his series Death and Disaster, where he represented images of accidents, death and electric chairs.

However, the 60’s were the ones of plastic, of colours, of fluorescent lights and prêt-à-porter. The gust of freedom and nonconformity brought by art and music reflected on aesthetic choices, as well. the 60’s then represented the symbol of excess. The 50s heritage was reinterpreted, with a total new and psychedelic vision. 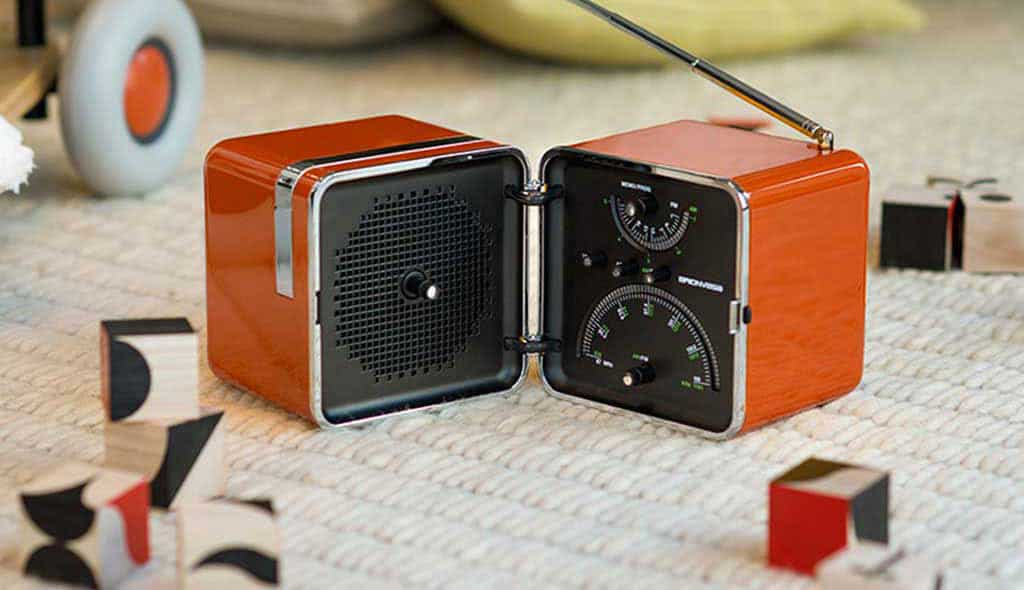 In this cultural panorama, in 1964, the architect Marco Zanuso and the designer Richard Sapper invented one of the most important symbol of Italian design: Radiocubo for Brionvega. Composed by two different bodyworks, the radio possessed an inner section with the remotes. However, the real revolution was the upper handle, which permitted to carry the radio. The appliance became then a transportable good, as well as the entertainment it provided.

>>> Read the story of Eclisse lamp.

Radiocubo was a step of an evolution process of an object already born during the 20s, when the radios started to get popular in every house. At the beginning, they were realized with a particular attention to the elegance and the shape: wood accessories with external remotes, loop antenna and horn loudspeaker.

The technologic development brought to better devices and better receipt.

Starting from the Second World War to the last 50s, The most part of household furniture was realized of wood and metal tube, earmarked to local markets and small series. It was necessary a change, adapting to the exigences the new trade; they must guarantee a real mass production, easy-washable objects, made to solve problems of flexibility. Radiocubo satisfied all these exigences.

Since 2007, the original orange colour hasn’t been the only one. Brionvega realized a new model in other colours indeed! Black, red, white, orange, yellow, green… 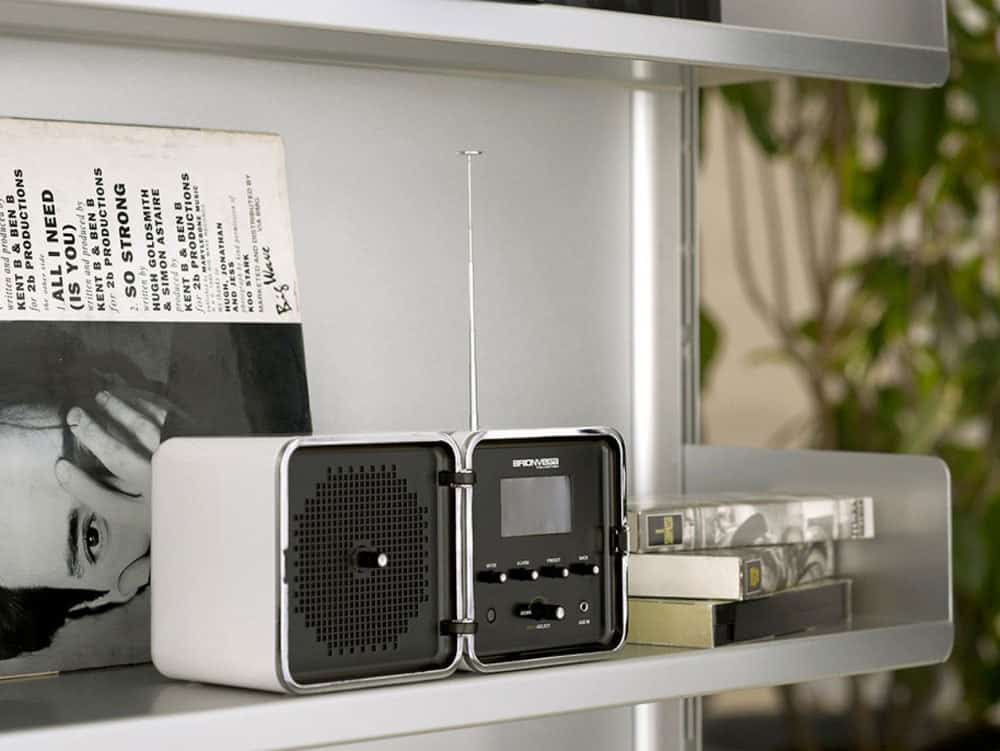