ROTTERDAM IN A DAY | A WALK BETWEEN ARCHITECTURE AND DESIGN

ROTTERDAM IN A DAY | A WALK BETWEEN ARCHITECTURE AND DESIGN

Rotterdam in a day: I’ve been to Rotterdam during the Easter holidays and in just one day I fell in love with this city.

Completely destroyed by a bombing attack in 1940, Rotterdam was able to rebuild itself and it became fertile ground for architecture and design.

Rotterdam is truly a melting pot: in it live as many as 176 different nationalities.

The atmosphere is open and cosmopolite.

You need just one day to visit it, but be aware that shops and museums close between 5 and 5.30. So, if you want to have the chance to know it better a second day is highly recommended.

Centraal Station | Rotterdam in a day 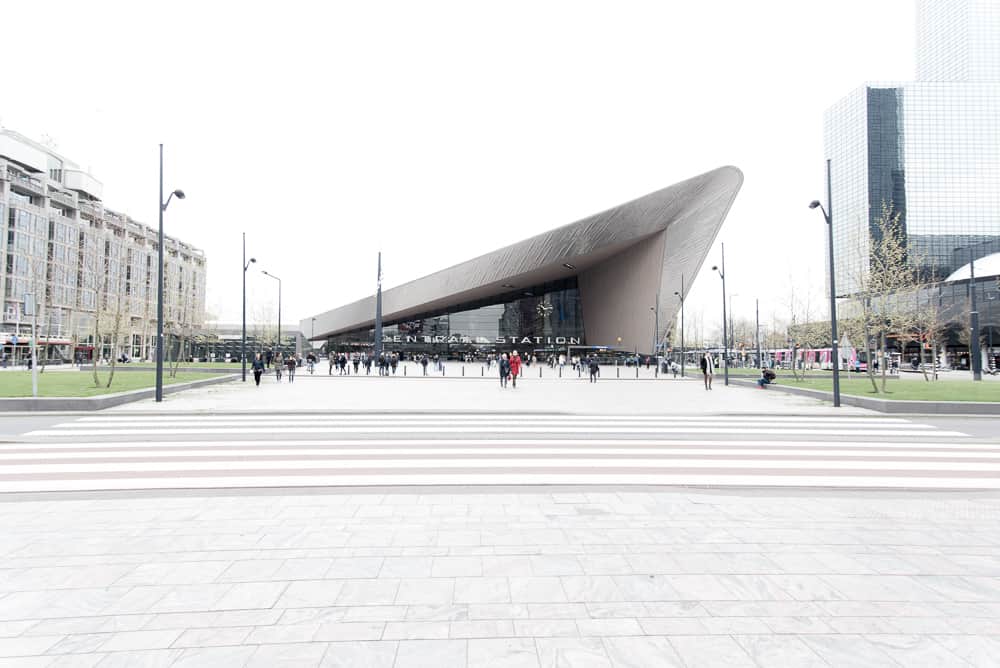 Your tour cannot but begin at Centraal Station: every day around 110,000 visitors pass through this station. The top of the roof points towards the city centre and under it there are the clock and the glowing sign reading “Centraal Station”, original pieces of the old station.

Calypso | Rotterdam in a day 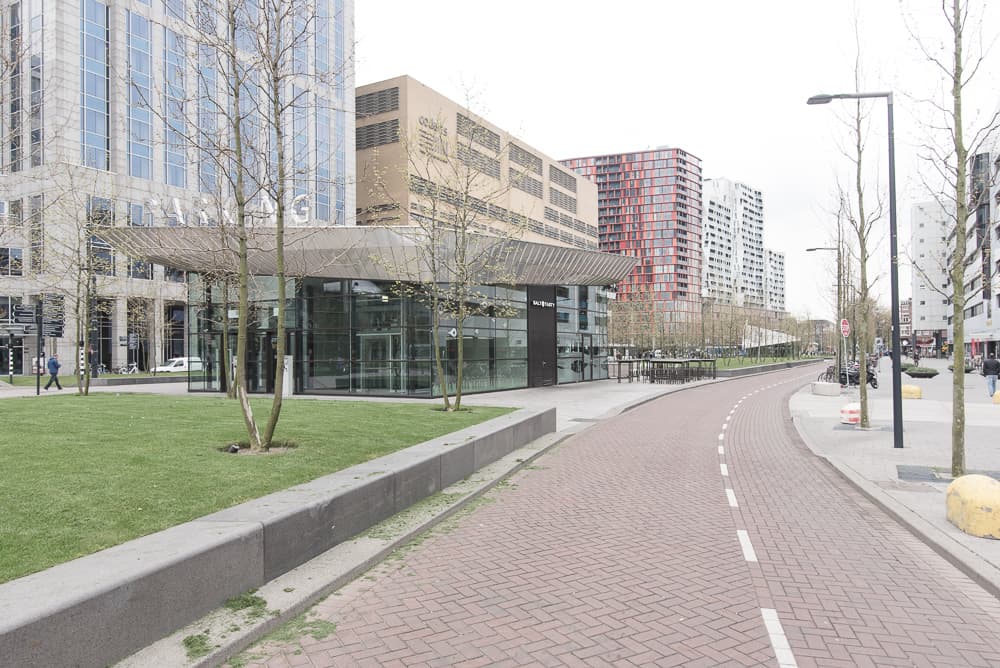 Going down Kruisplein street, following the directions given by the roof of the station, you reach Calypso, a building that seems to be moving, home of more than 400 luxury apartments, shops, offices, bars, restaurants and a parking lot.

Piazza Schouwburgplein | Rotterdam in a day 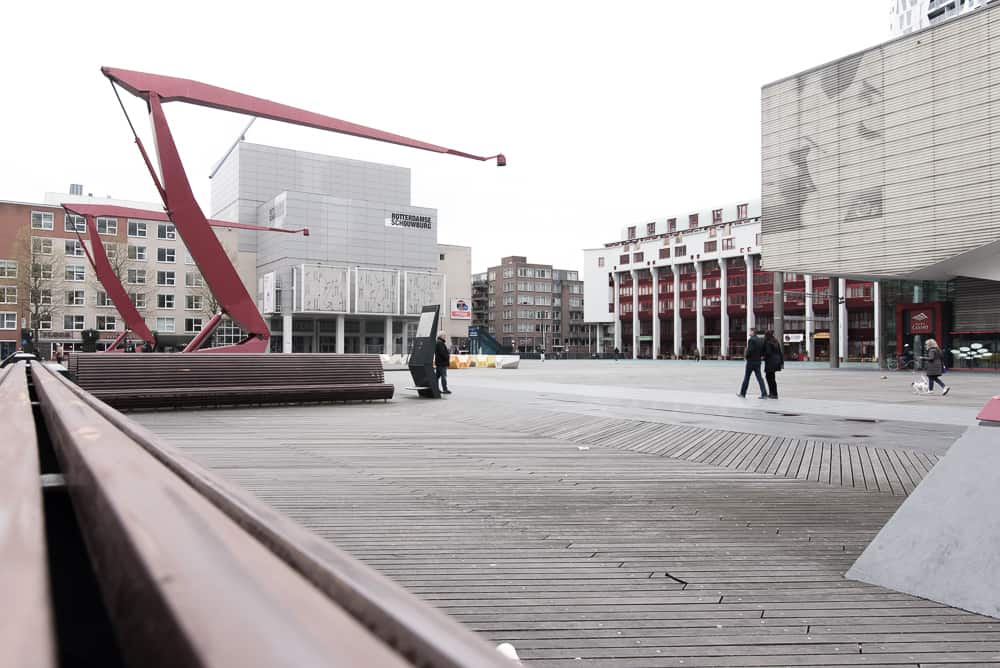 Just before Calypso, turn left: you’ll find yourselves in Schouwburgplein, a square whose peculiarities are the wooden pavement and red, bending light poles that evoke the cranes in the harbor. The guidebook says that this square is both loved and hated by architecture critics from all over the world. I think that this space deserves to be lived, not just seen.

Lijnbaan | Rotterdam in a day 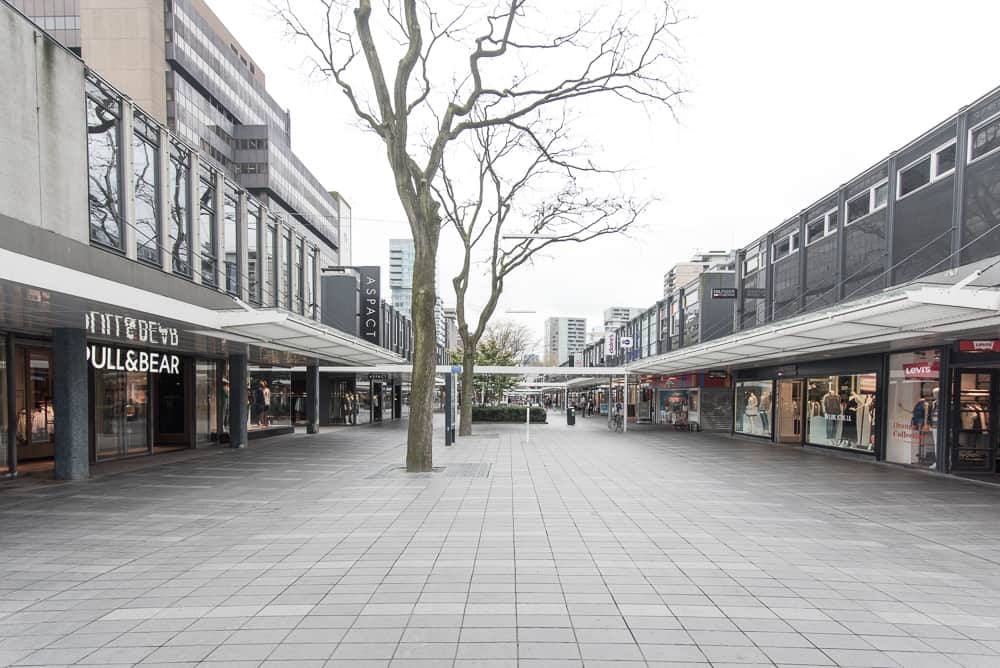 Lijnbaan street is one of the city’s most popular national monuments. You wouldn’t think that just by looking at it, but you must know that it was designed in the early 50s, when the idea of a pedestrian commercial avenue was revolutionizing.

Go down Lijnbaan and on your left you’ll see:

Beurstraverse | Rotterdam in a day 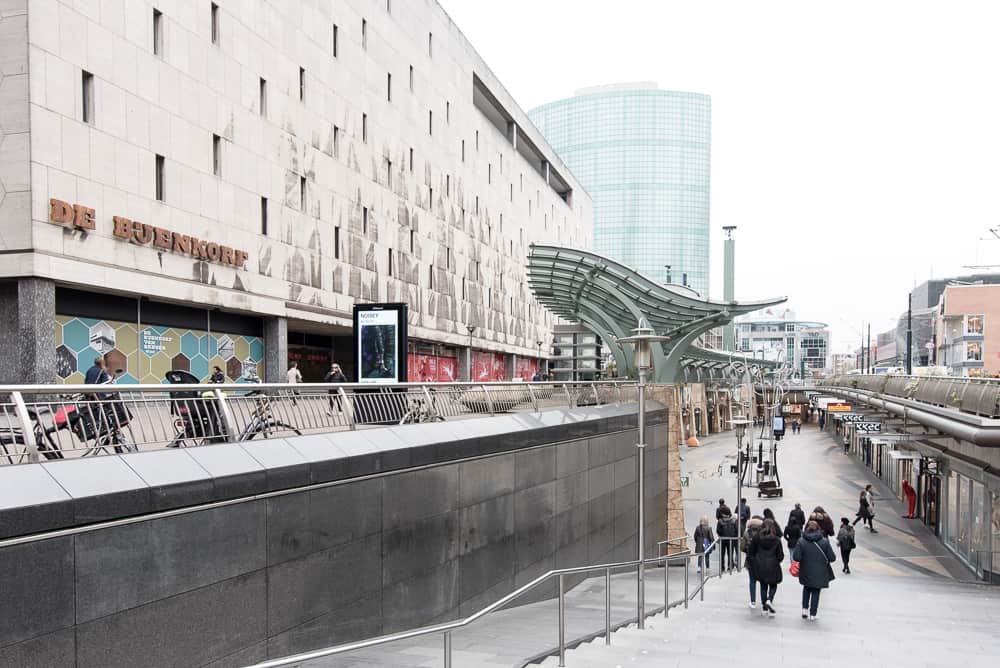 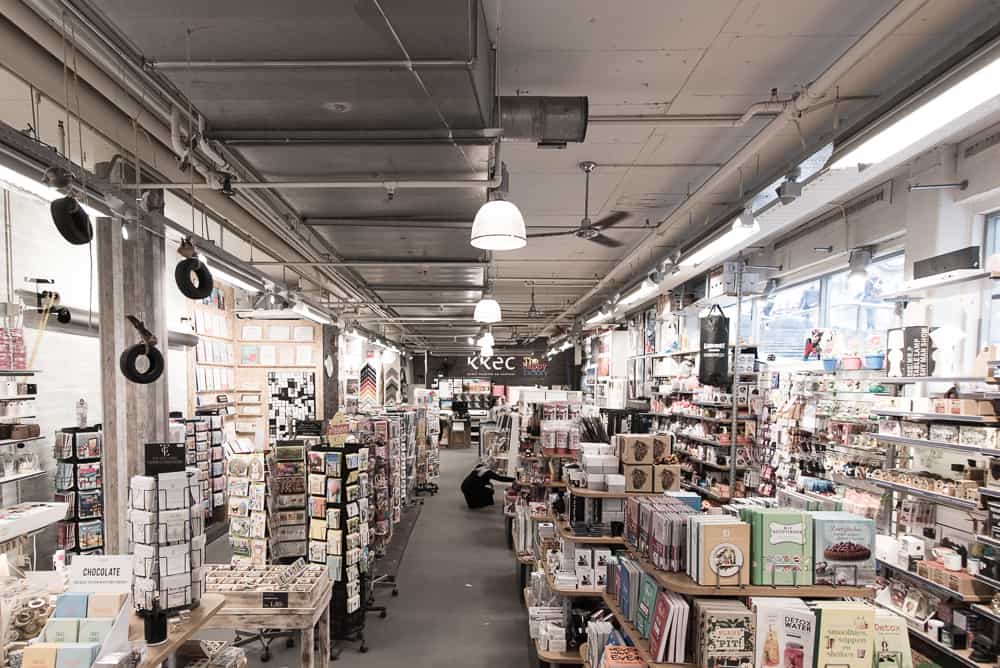 Beurstraverse is an underground gallery designed by Jon Jerde, the American guru of funshopping spaces. One of the first shops is called kkec and in it you can find some pretty nice gift ideas!

Go straight on for 300 meters and you’ll find yourselves in a big square where you’ll see 3 very interesting buildings: 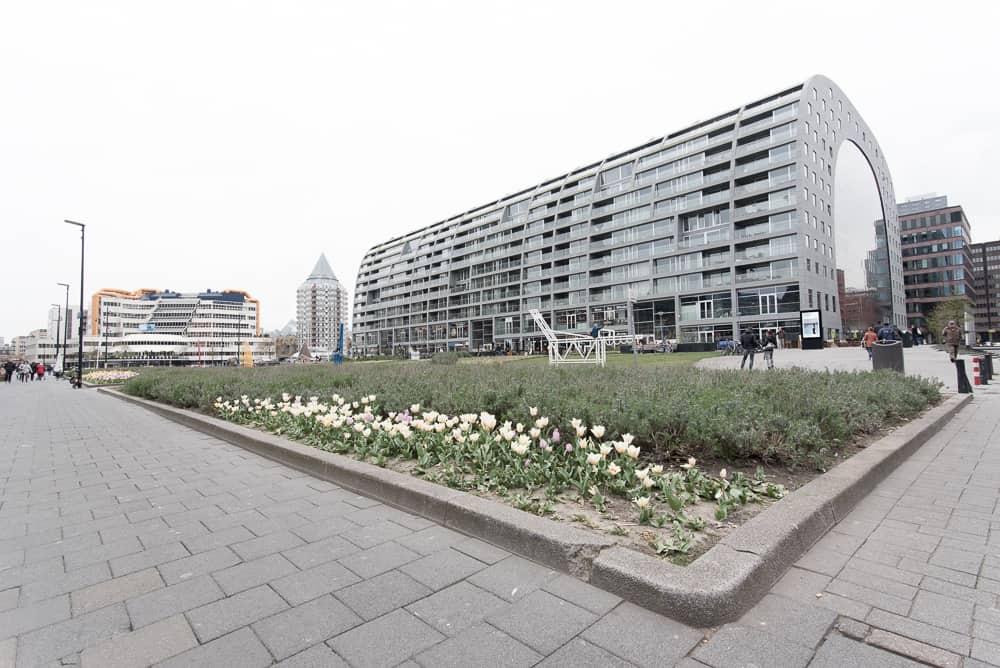 On the left the central library, in front of you the cubic houses and on your right the Markhal.

Markhal | Rotterdam in a day 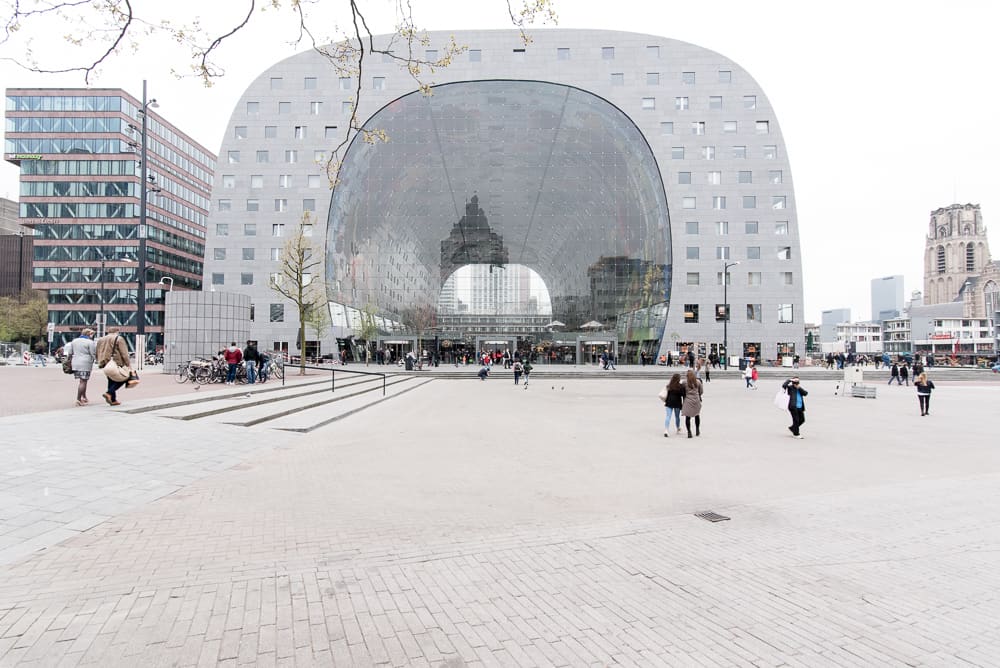 Markhal is a big building that combines market hall and housing. The apartments are arranged in a horseshoe structure around the central hall, where the market, restaurants and bars are housed. Below there are a four-level parking lot and a supermarket. Strolling around the stalls, if you look up you will see Horn of Plenty by Arno Coenen. Dutch people call Markthal the “Sistine Chapel of Holland”. I’m not gonna touch on that. 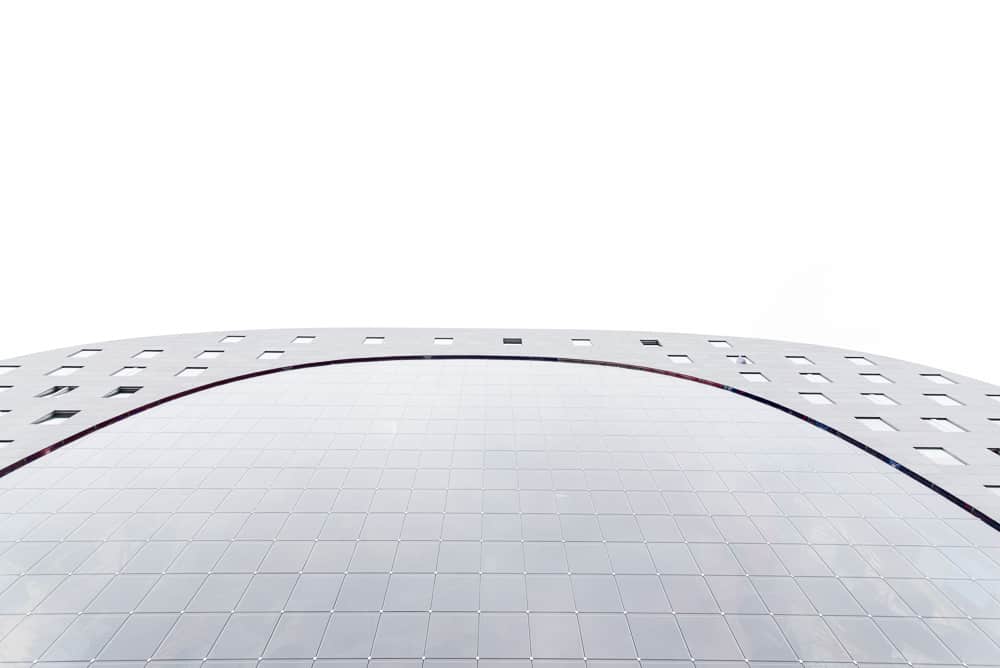 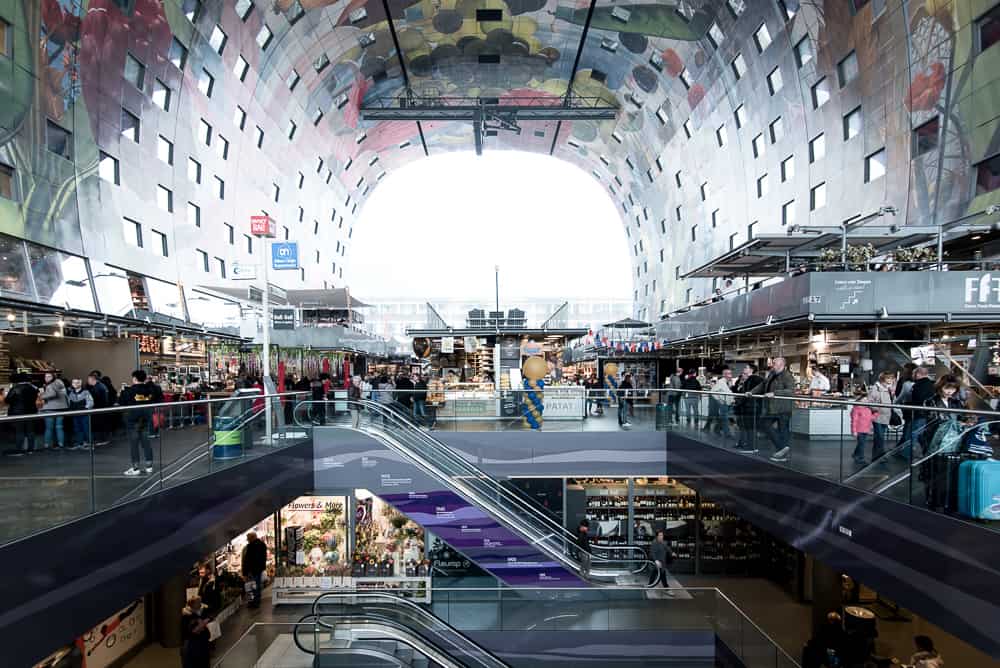 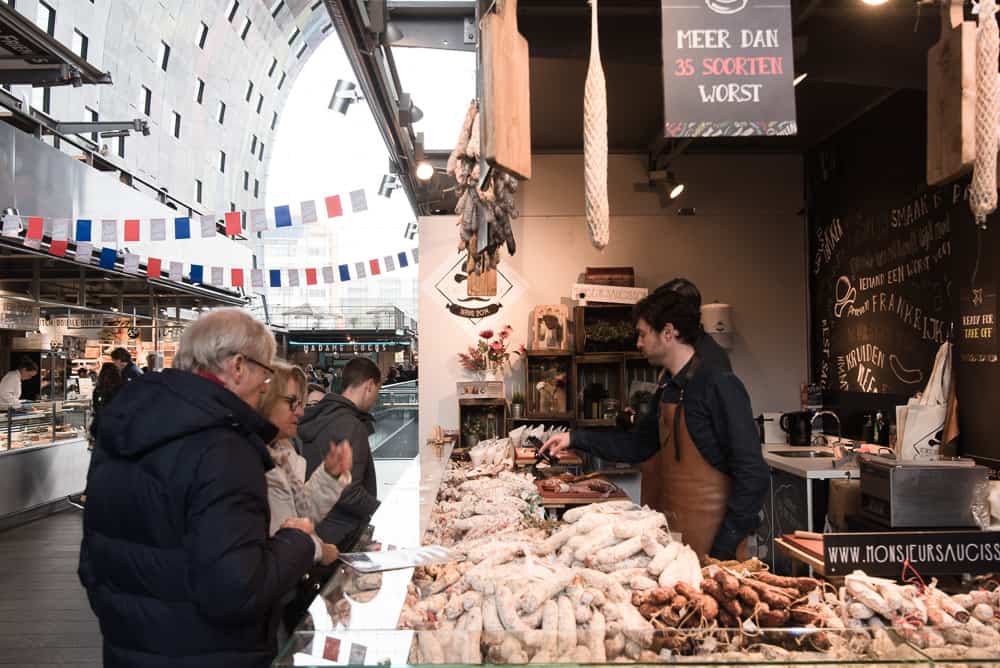 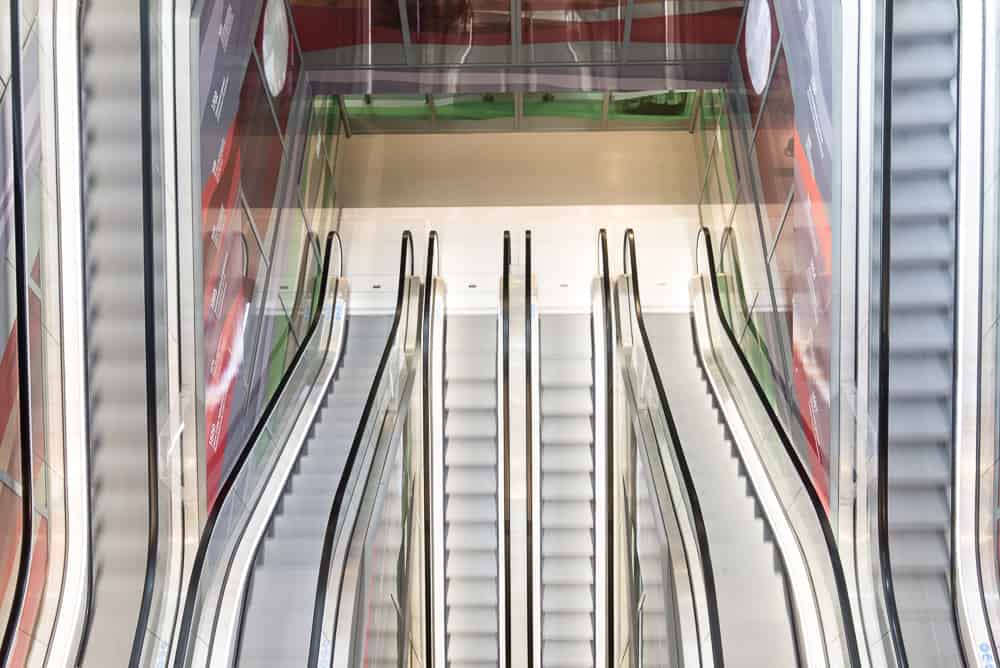 Case cubiche | Rotterdam in a day 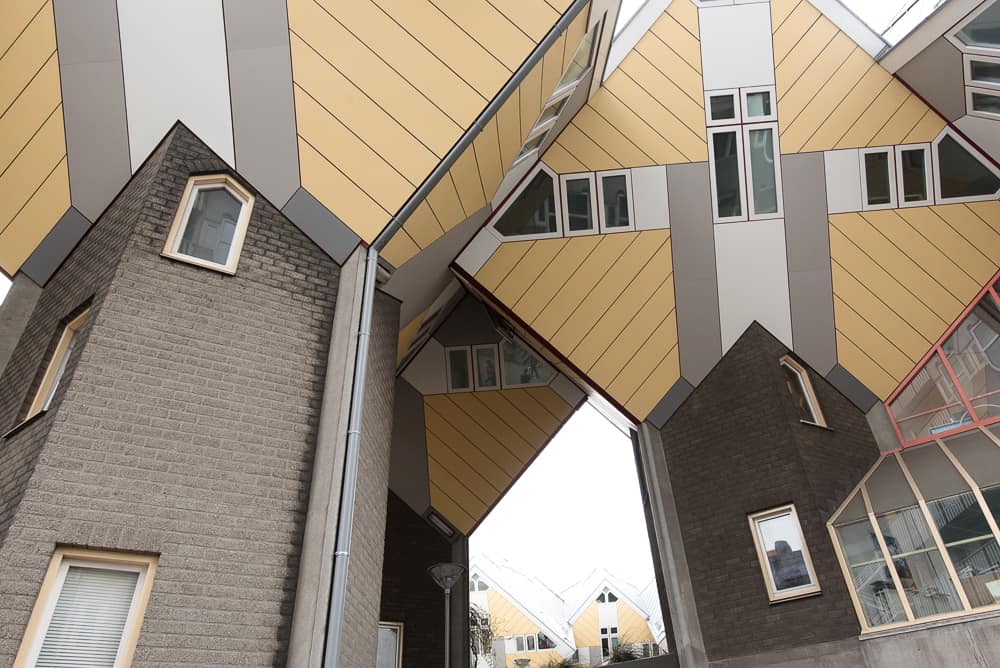 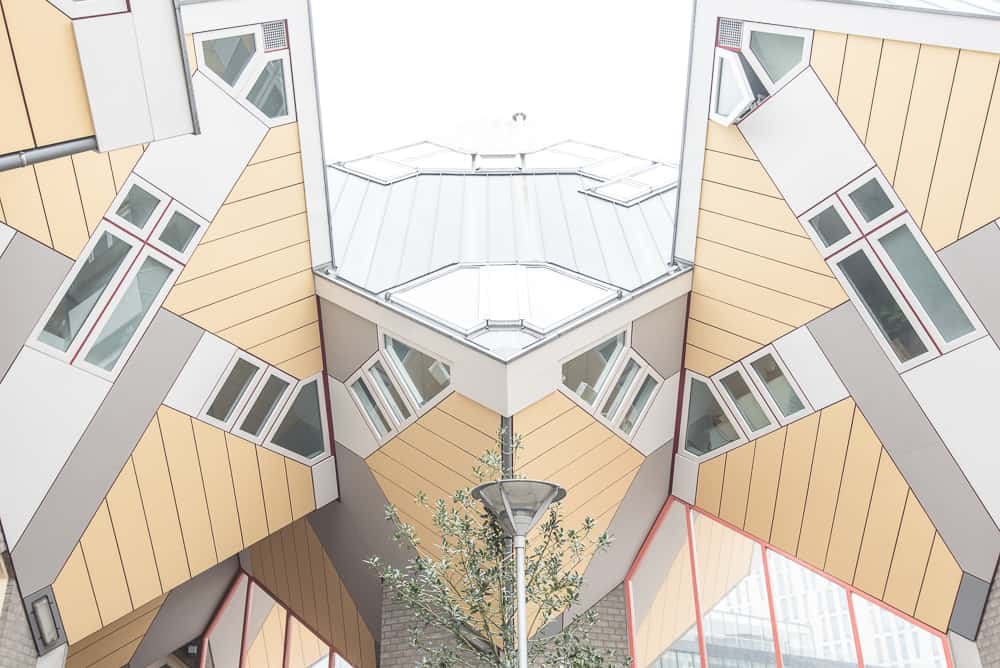 Architect Piet Blom was given the job to build an inventive bridge over the busy road connecting Blaak to the old port. That’s how the famous Cubic Houses, also known as  Blaakse Bos, were born. The Kijk Kubus Museum, number 70 of the housing complex, is a model apartment, completely furnished, where you can experiment life between leaning walls. It’s also possible to sleep in the Stayokay hostel, housed in one of the cubic houses.

Behind the cubic houses there’s the Old Port, which stands out for the contrast between historic ships and its modern structure.

Now go along the river. On the opposite bank you can see:

The riverfront | Rotterdam in a day 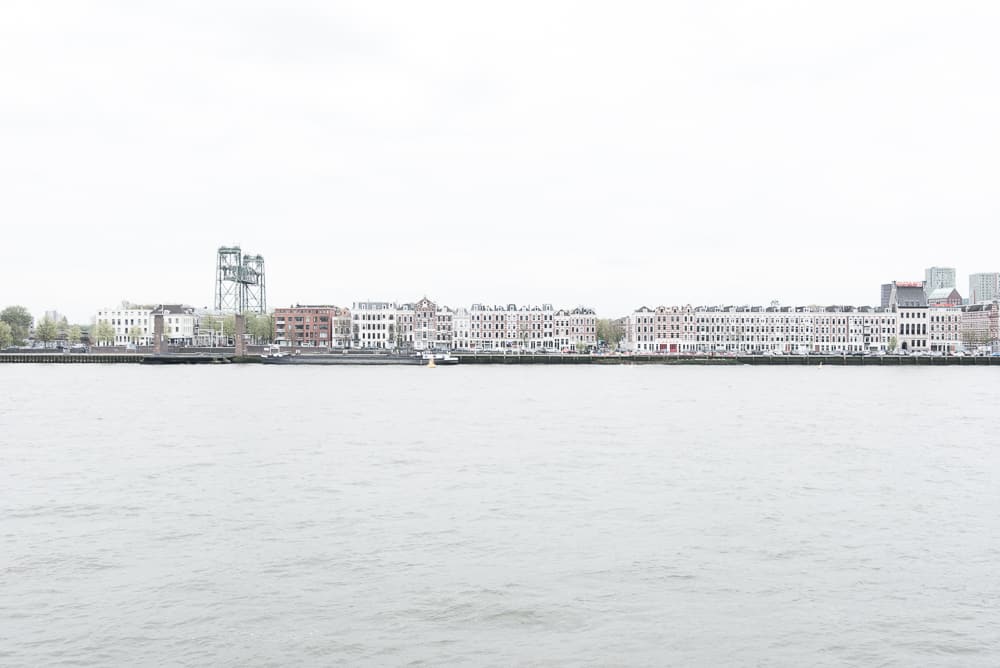 Going down the riverfront you can see the southern part of the city. Going west you can witness the city change. At first, old, short buildings, those that remind you of the Netherlands. Then, the skyscrapers, starting from the Maastoren.

Maastoren | Rotterdam in a day 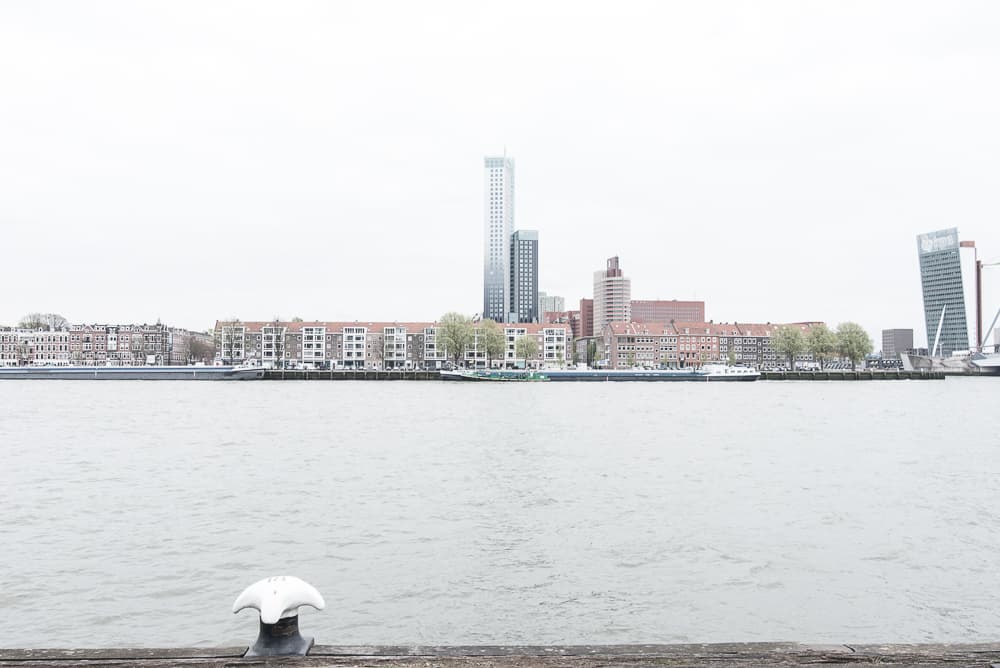 The Maastoren skyscraper, more than 164 mt high and comprising of 44 levels, is currently the highest building in the Netherlands. 22 different shades of grey were used to create the transition from dark to light across the facade.

The Erasmus Brug and Toren Op Zuid | Rotterdam in a day 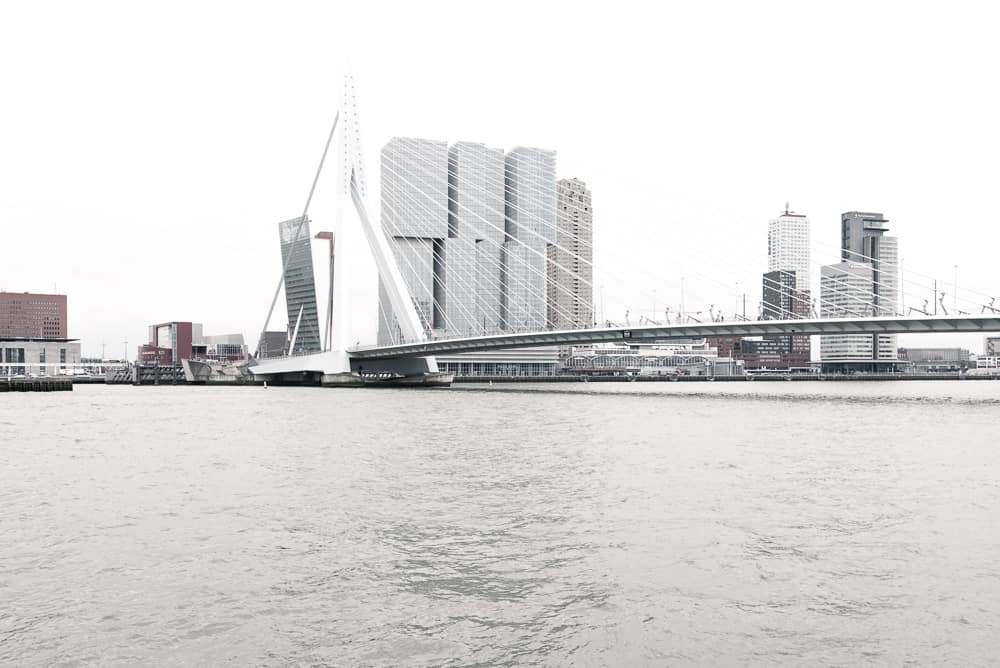 The Erasmus Brug bridge is the city’s symbol. It’s 800 mt long and it connects the north to the south of the city. The 139 mt-high steel pillar, origin of the nickname“The Swan”, is supported by 40 cables.

Beyond the bridge you can see Toren Op Zuid, the building designed by Renzo Piano in 2000. The facade of this office park tilts with the cables of the Erasmus Brug bridge. Fun fact: the 6° declivity is the same of the Leaning Tower of Pisa.

Work your way towards the museums area and reach Huis Sonneveld, that I will soon talk to you about. 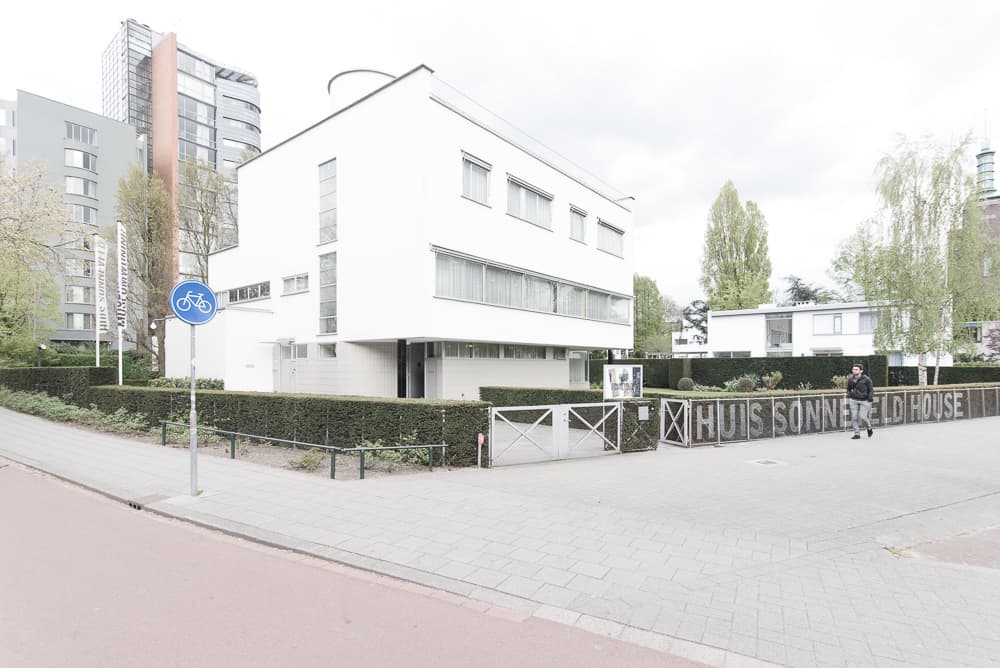 Luchtsingel Bridge | Rotterdam in a day

As an end to the tour I suggest to go back to the station and find this pedestrian gangway that crosses the rails. The peculiarity of this gangway is that it was built thanks to the private contributions of Rotterdam’s citizens, whose names are carved on the wooden panels. 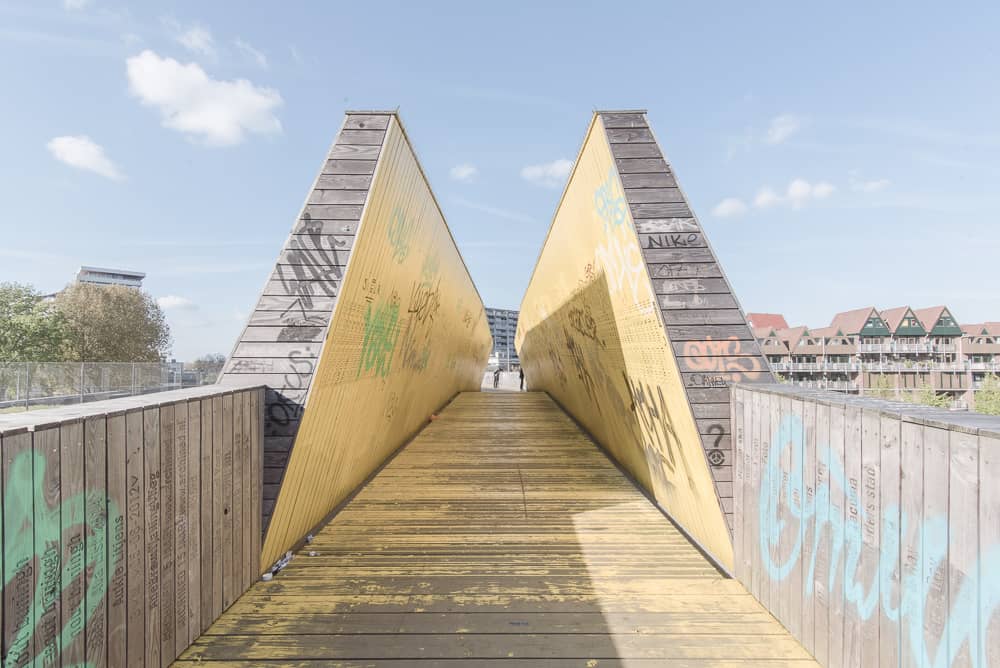 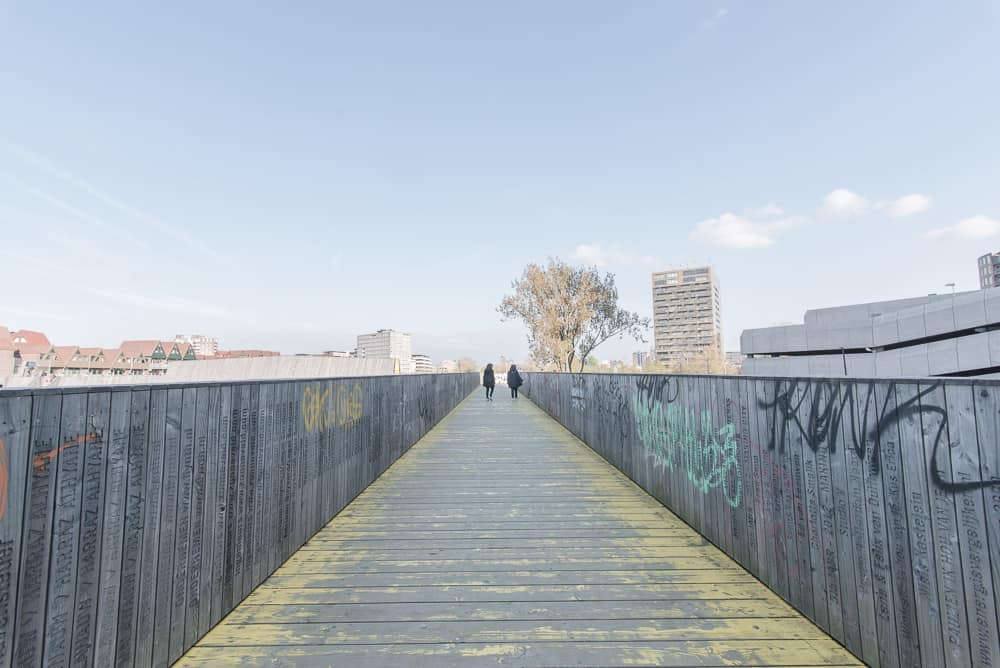