ILLUSTRATION | A SKETCHBOOK TO LEARN TO OBSERVE

ILLUSTRATION | A SKETCHBOOK TO LEARN TO OBSERVE

“Keep a sketchbook, collect what you see, what strikes you. It’s not important the cathedral or the obelisk, but the old man eating an ice cream. A sketchbook teaches to observe things. Yes, that’s my wish: learning to look at the world. Look at the world”.

Those word are Ilaria Urbinati’s (my inspiration, of course). It was the last of my watercolour lessons before summer and she set an homework: making a sketchbook to learn to observe.

you’re not required to know how to draw to make a travel journal. It’s enough to observe: have a look to these projects I collected. They could be useful as an inspiration!

I’ve already written about Elisa concerning Musae. She’s an artist I admire a lot and this project is just a confirmation of my astonishment. Her sketchbook started in 2011, while Elisa was travelling around Island; she collected photos, prints and texts; some of them have been folded so that they look like rocks or animals. 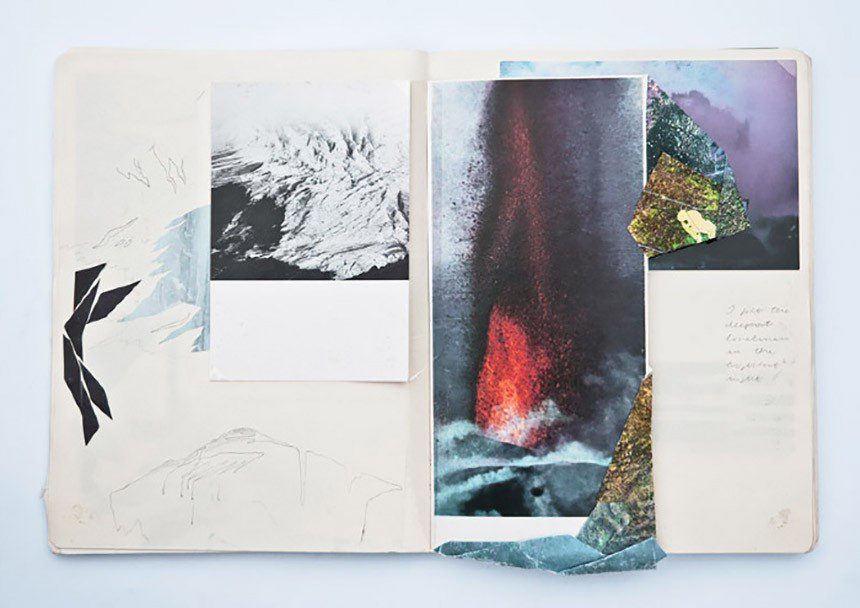 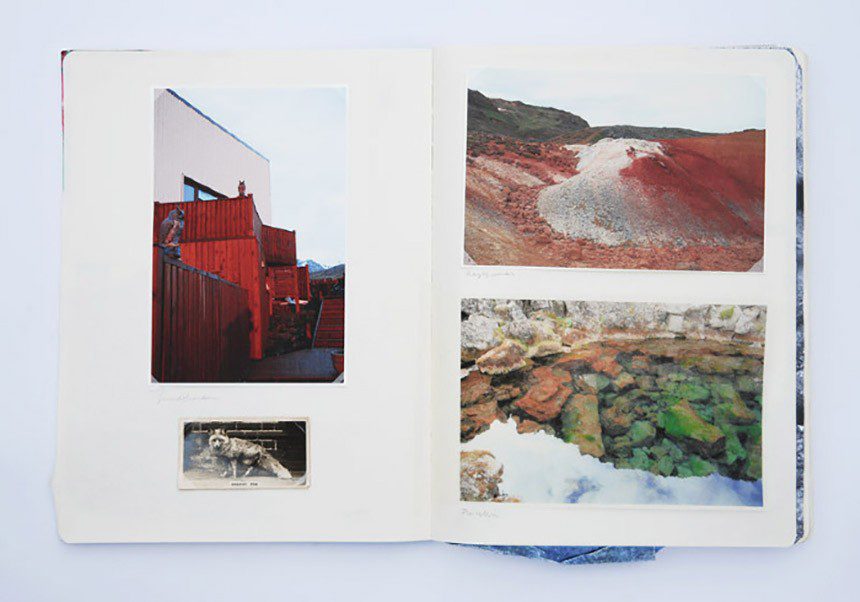 Even if he defines himself “an artist from planet Earth”, Daniel is from Czech, lives in Prague, but he’s currently spending some time in Gotheburg, in Sweden. It’s where he realized his sketchbook, rigorously watercoloured on a Moleskine. Blue and yellow seem to be the only colours present in his reality, made by everyday-gestures and wide landscapes. Sweden looks like a big comics! 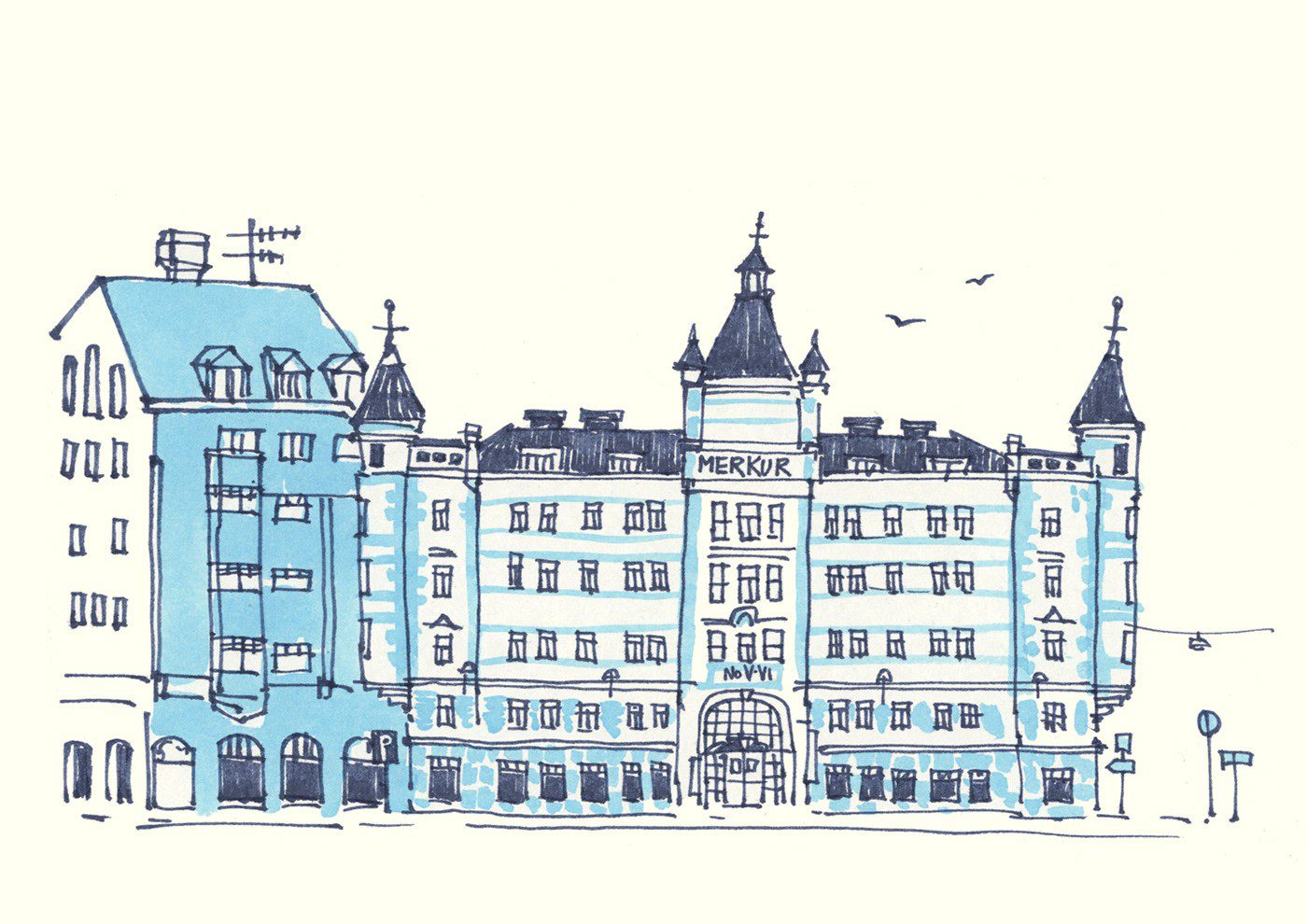 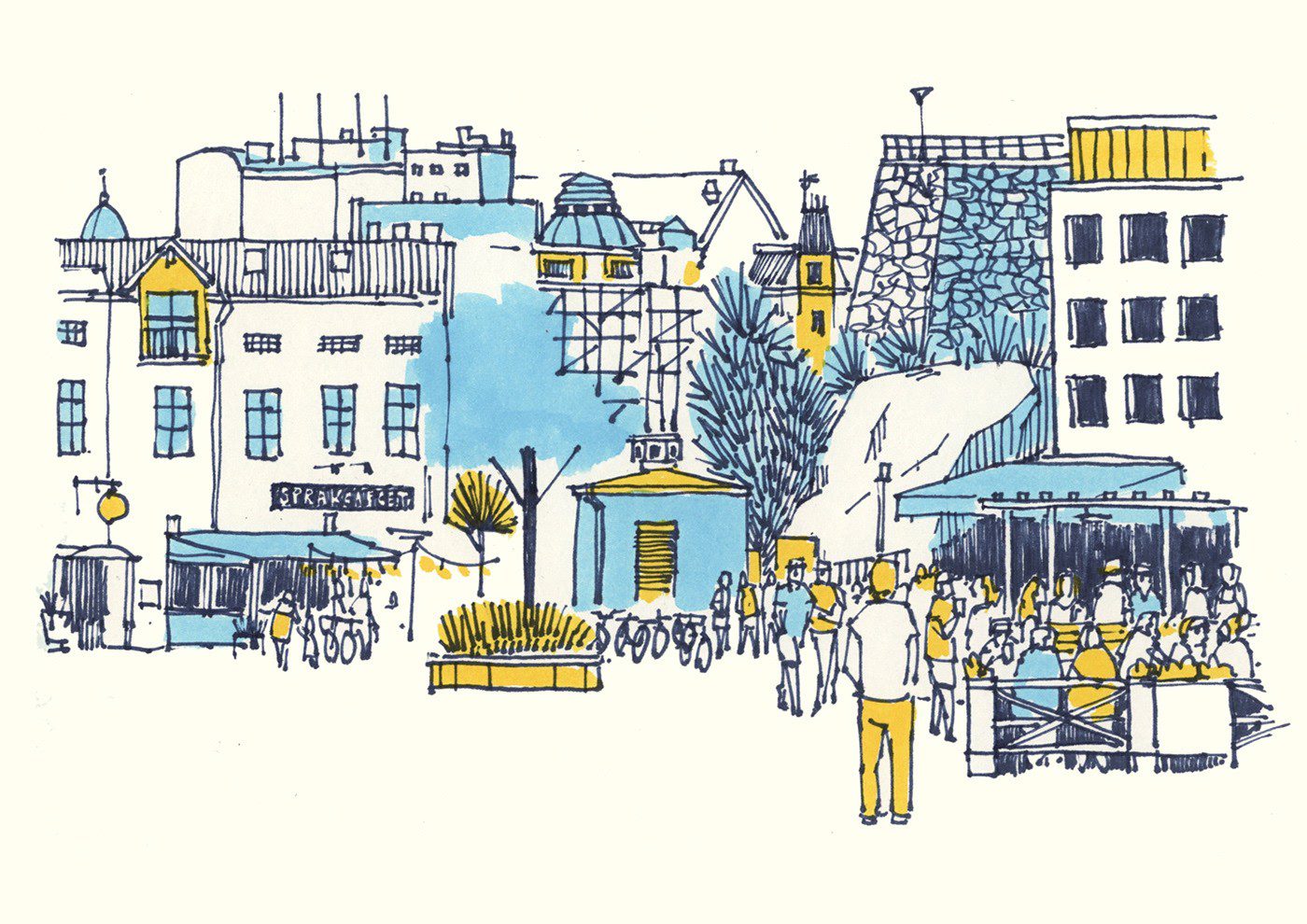 I discovered Sara at Insolito Festival in Bra (CN); there was a stand entirely dedicated to illustration, where a I found her wonderful work, Lisboa. An illustrated travel journal from 2015, maps, tips and anecdotes! Sara has the rare skill of turning pieces of life into comics, (not without pinches of irony). Well, a very colourful Lisboa comes to life through those pages!

(Have a look to Mammaiuto, a Bolognese collective, where sara belongs). 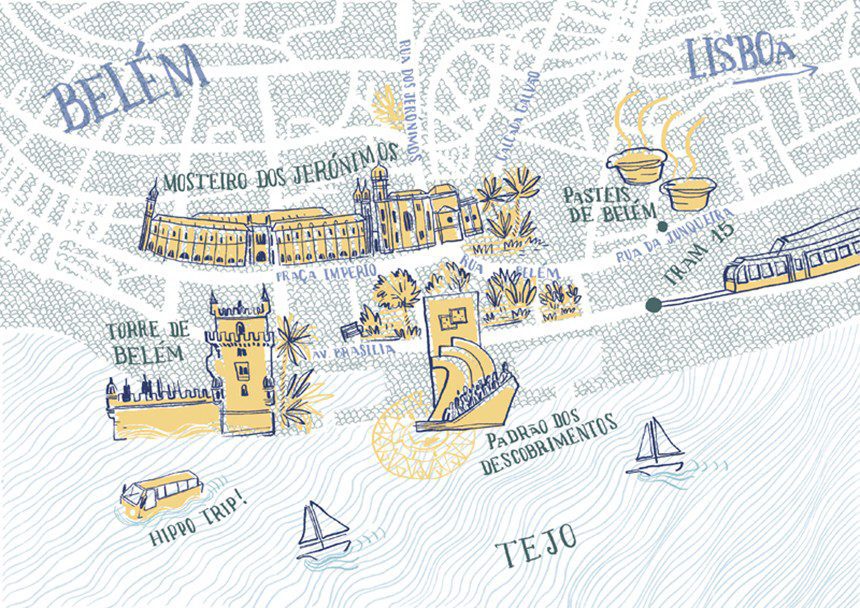 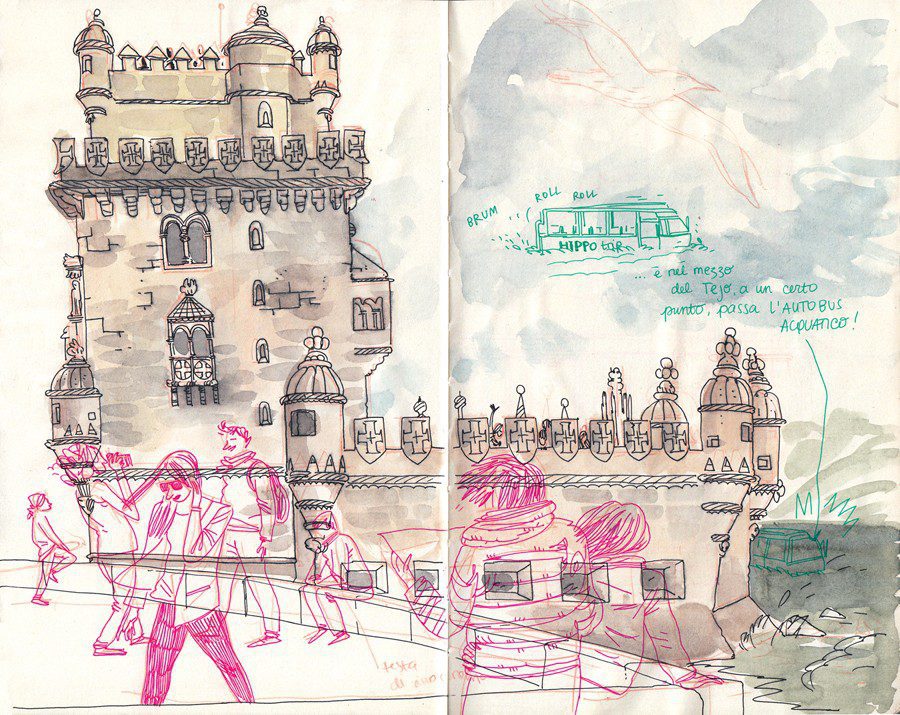 Beril is a Turkish artist and graphic designer. Her passion for travel journals has faraway origins, but this one is about a journey through Iran and some regions of Turkey. Watercolours, tickets and pictures… Everything enriches her stories, smelling of Middle East and exotism.

(Oh, they are obviously written in Turkish!) 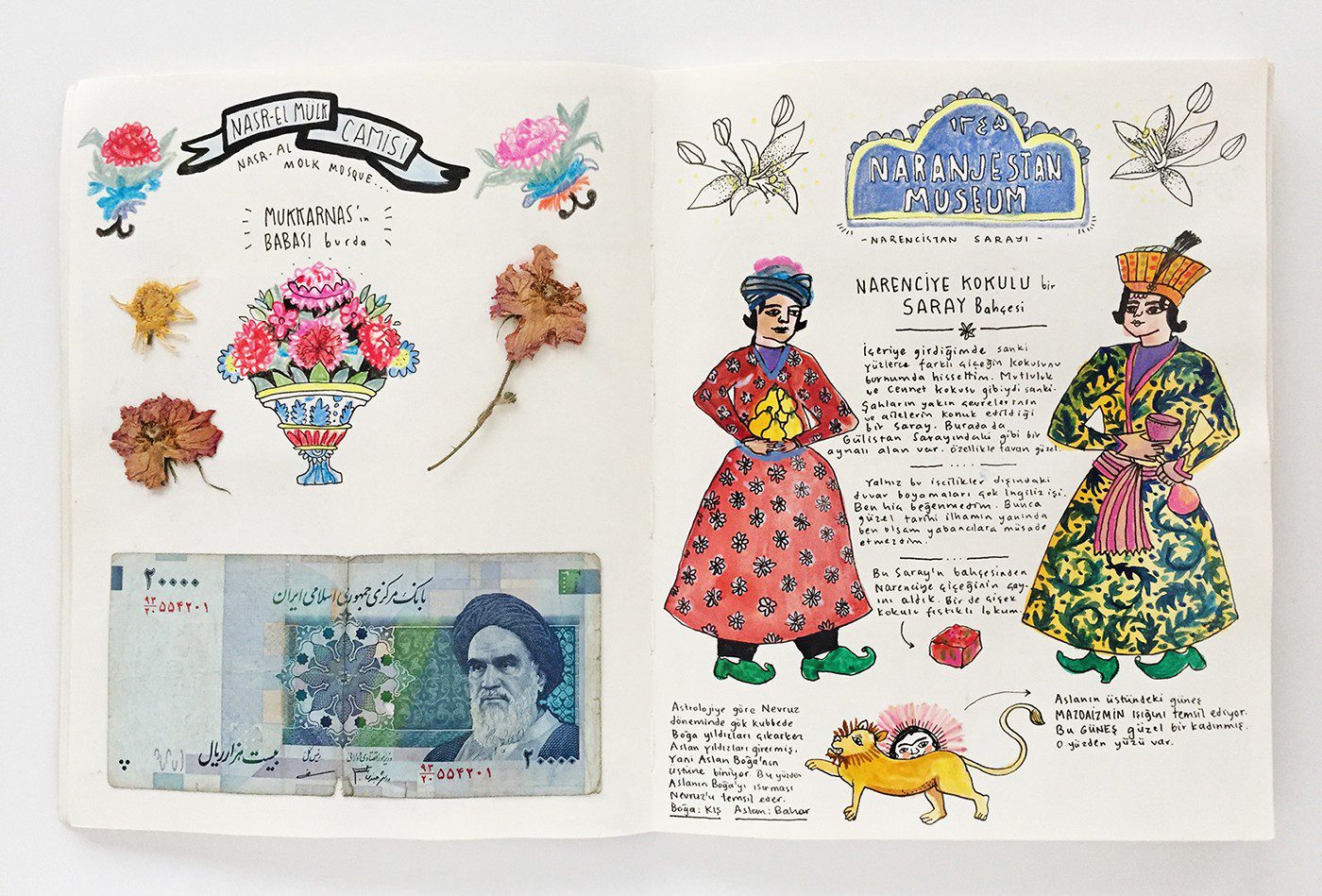 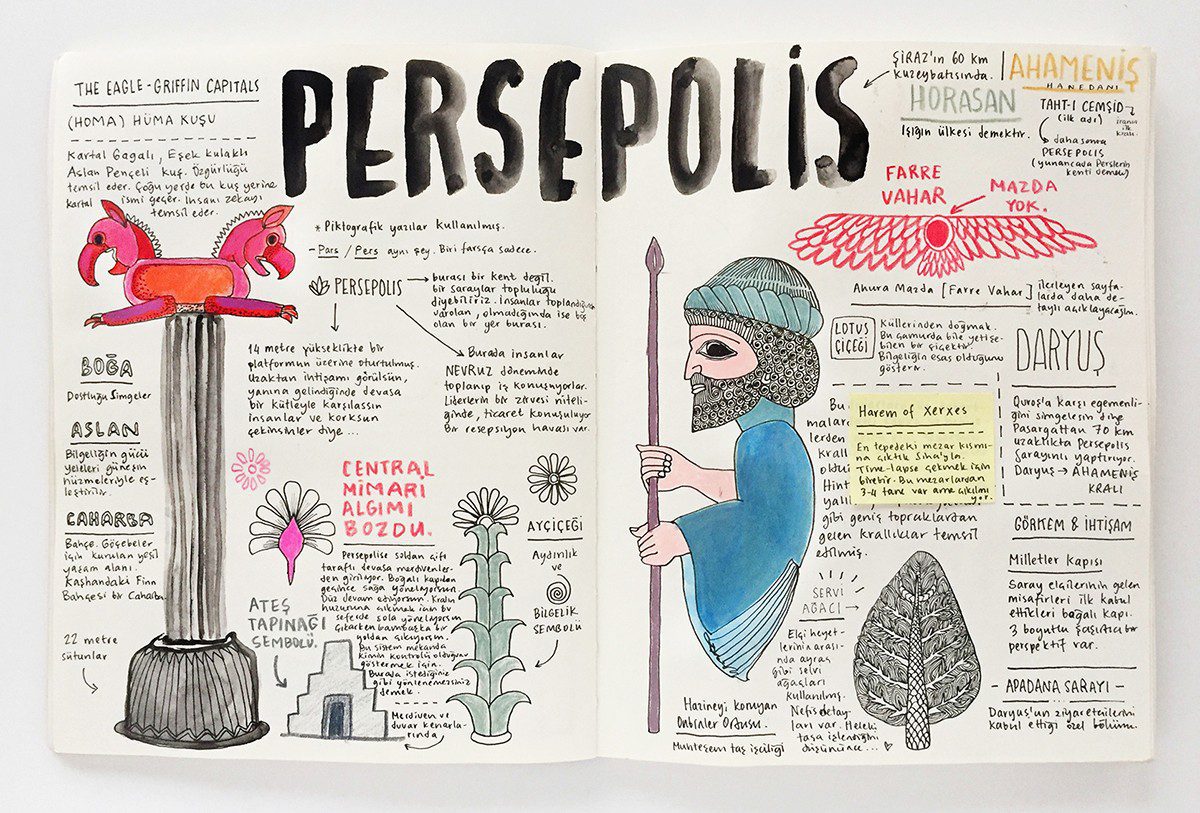